Laughable: Democrat Whip Concerned That Trump Stacked The DOJ Which Is Why They Won't Prosecute 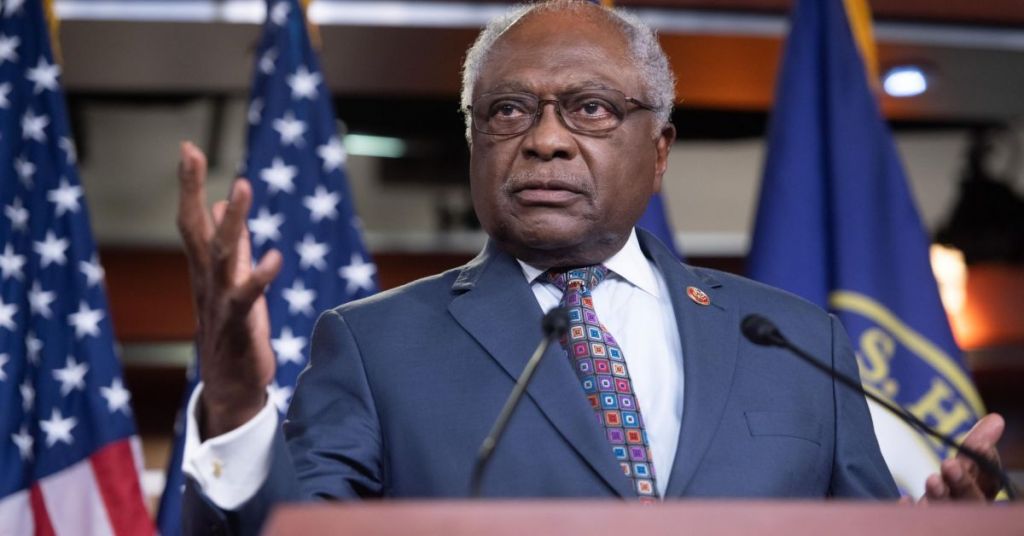 House Majority Whip Jim Clyburn (D-SC) expressed some concerns regarding "carryovers" from the Trump administration in the Justice Department.

The congressman addressed what he hears from voters in several states during a CNN interview Monday that turned to whether former President Donald Trump will be prosecuted.

"I'm not going to zero in on the prosecution of Donald Trump. I do have some concerns about what seems to be some reticence coming from the department as to how to ratchet up these investigations," Clyburn told anchor John Berman.

The Democrat was referring to anxiety about whether the Justice Department, under Attorney General Merrick Garland, will seek to press charges against Trump regarding the Capitol riot and steps to overturn the 2020 election results. The Justice Department is already in the midst of hundreds of prosecutions of the rioters themselves.

"You know, I just came out of a primary election here in South Carolina," he added. "I got elected — renominated last week. And I'm talking to voters. I've been in Florida, Georgia, Connecticut, New Jersey, Michigan, all in the last 30 days, and I'm telling you, people are concerned that the Department of Justice may have too many carryovers from the last administration and [is] not moving in order to do what's needed to protect this democracy."

Clyburn did not cite any specific officials within the Justice Department.

There is some perplexity about where the Jan. 6 panel stands about putting pressure on the Justice Department by making a criminal referral. After Chairman Bennie Thompson (D-MS) reportedly ruled it out, other members insisted that a final decision has yet to be made.

Clyburn, who is not a member of the committee, admitted that he counts himself among those worried about the Justice Department being reticent.

"Yes, I am," he said. "There's no question about that. I've talked to my constituents, and I get a lot of my marching orders from them. They're concerned — so am I."

"No, you know, we're going to tell the facts. If the Department of Justice looks at it and assumes that there's something that needs further review, I'm sure they'll do it," Thompson said, as reported by CNN. Thompson added that the committee's final report would be made public so that "anybody can have access to it."