Confused: Biden Admits He Is Pondering Action On High Gas Prices That He Is Not Legally Allowed To Make 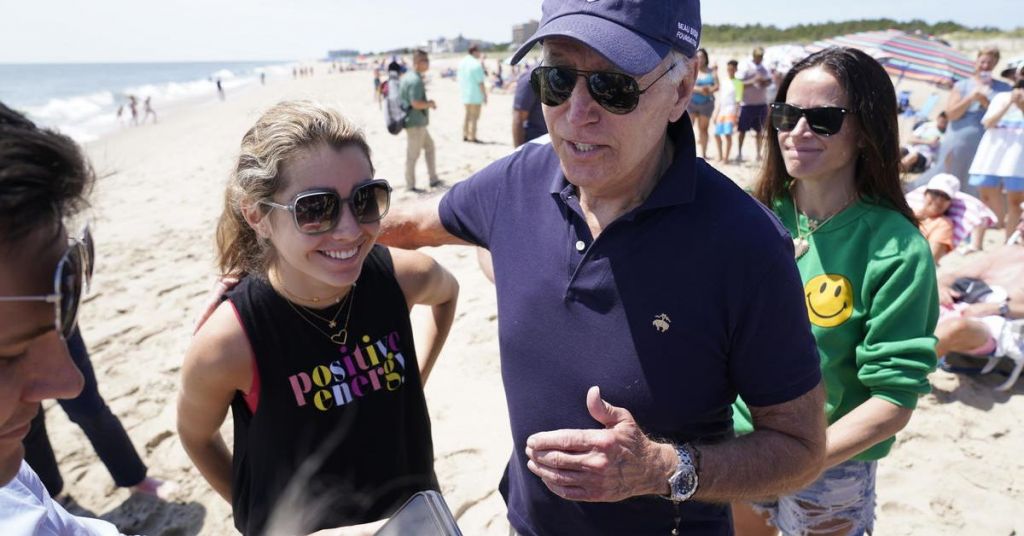 President Biden confirmed on Monday that he hopes to decide this week if he should enact a federal gas tax holiday to battle record-high prices. Janet Yellen had suggested that was in the cards and Biden was asked on the Beach about making it happen. The problem is, he has no authority to do so, his progressive-run Congress will have to do it - and they won't.

“Yes I’m considering it,” Biden told reporters on the beach near his vacation home in Delaware. “I hope I have a decision based on the data I’m looking for by the end of the week.”

In response to a reporter’s follow-up inquiry, Biden said he was also weighing sending Americans gas rebate cards. Biden does have the right to do that, however all he is doing is giving more money to more people - spending trillions more - which every economist says is the reason why inflation is so high as it is.

“That’s part of what we’re considering, that’s part of the whole operation and I’m just not in a position to answer that right now,” he said.

Treasury Secretary Janet Yellen and Energy Secretary Jennifer Granholm said Sunday that Biden was considering lifting the federal gas tax of 18.3 cents per gallon to ease the pain at the pump as the average price of regular gas hovers around $5 a gallon nationwide.

“President Biden wants to do anything he possibly can to help consumers,” Yellen told ABC News. “Gas prices have risen a great deal and it’s clearly burdening households. So he stands ready to work with Congress and that’s an idea that’s certainly worth considering.”

On CNN, Granholm claimed that Biden “is doing everything he can within his power, including releasing a million barrels per day at the Strategic Petroleum Reserve,” to deal with worldwide fuel shortages following Russia’s invasion of Ukraine and subsequent sanctions on Moscow by the West.

“But he’s not doing everything that he can do,” countered host Dana Bash. “One option is to pause the national gas tax … Why hasn’t that happened yet?”

“Yes. I mean, it’s one of the tools,” Granholm said. “First and foremost, we want to increase supply. We also want to take a look at consumer relief directly. And that is …”

“Right, but this is 18 cents per gallon,” interjected Bash, who later added: “That’s a lot when you add up it. So, why not do it now?

“It’s certainly one of the things the president is evaluating,” Granholm answered. “I know this is what’s been happening in many states as well. Honestly, the whole array of tools are still being pressed. He’s used the biggest tool that he has, but he’s obviously very concerned about this continued upward pressure on prices.”

The energy secretary went on to warn that lifting the gas tax would deny infrastructure projects of funding provided for in last year’s bipartisan infrastructure law.

"to be able to do that,” she said. “So that’s one of the challenges, but I’m not saying that that’s off the table … It’s certainly something the administration is considering, just like I know governors across the country are considering that.”