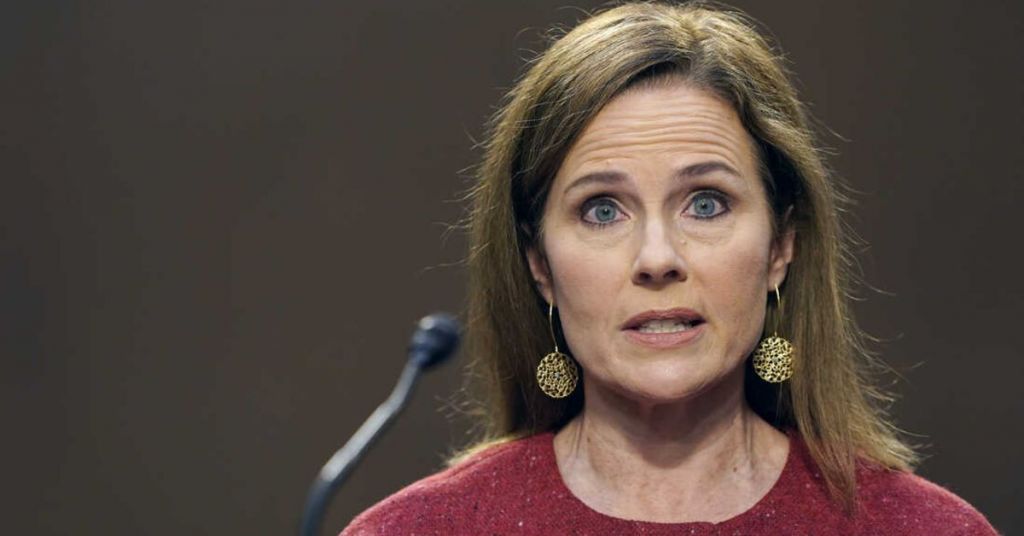 Ruth Sent Us posted a call for protests at Barrett's home and church in response to a belief that she will concur with a previously leaked draft court opinion that would reverse Roe v. Wade.

PA Department of Homeland Security report announced the Supreme Court draft opinion has released a wave of threats against officials and others and raised the likelihood of extremist violence.

"If you’re in the DC metro area, join us. Our protests at Barrett’s home moved the needle to this coverage," the group announced on Twitter.

Ruth Sent Us specifically stressed the Barrett family's daily schedule and the school her children attend.

The tweet was issued on the morning of June 8 – after the early morning arrest of Nicholas John Roske but before the arrest was first reported.

Roske of Simi Valley, California, was holding a gun, ammunition, a knife, pepper spray, a screwdriver, zip ties, and other gear when he was arrested by Montgomery County Police Department officers Wednesday morning near Kavanaugh’s Maryland home, according to a criminal complaint.

Upon being arrested, he admitted to FBI agents that he came from California “to kill a specific United States Supreme Court Justice,” per the criminal complaint filed in the case. Roske insisted he had found Kavanaugh’s address on the internet. Kavanaugh’s address was posted by Ruth Sent Us on May 4.

Roske explained to detectives that "he was upset about the leak of a recent Supreme Court draft decision regarding the right to an abortion as well as the recent school shooting in Uvalde, Texas," and thought Kavanaugh "would side with Second Amendment decisions that would loosen gun control laws," according to the affidavit.

Waving banners and holding up signs, the group walked up and down the sidewalk chanting call-and-response slogans like, "Your neighbor says post-Roe, we say hell no!" and "Hey-hey, ho-ho, the handmaiden has got to go!"

The graphic further announced that a protest would be organized there every Thursday evening. The tweet was posted in response to another tweet by "Duty to Warn," an anti-Trump group, which quoted Barrett as saying that "a legal career is but a means to an end and that end is building the Kingdom of God."