So Much For Modesty: Is The Message Here Supposed To Be Hijab's Are Sexy? 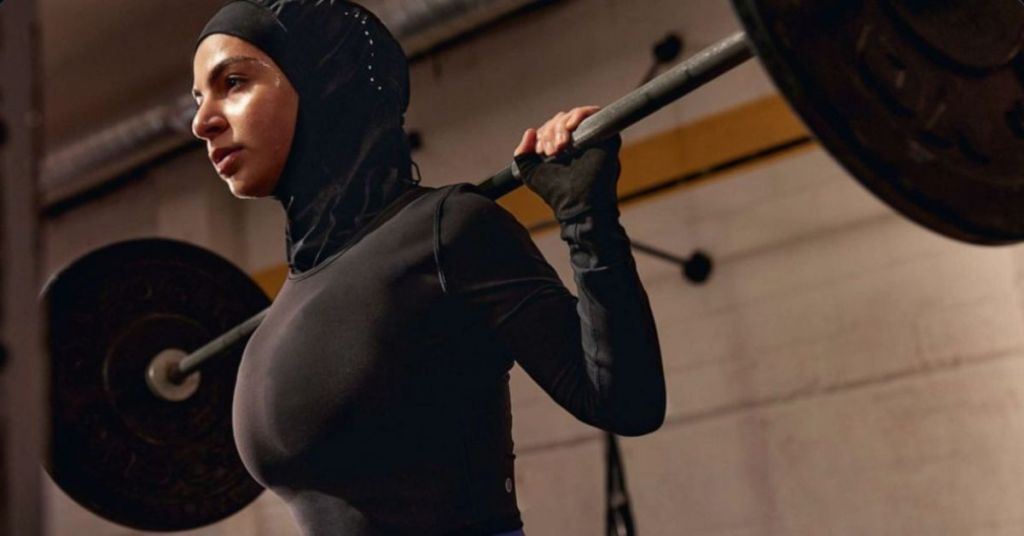 Clothing company Lululemon has introduced a new line of sports hijabs and is using an image of a very large-breasted woman in tight spandex to promote it. The move comes as retailers continue to try to appeal to the growing number of Islamic women in America while normalizing the look to fit the American ideal of style.

The new tight-fitting clothes, which were put on sale online earlier this week, come in two different styles: the Lightweight Performance Hijab and the wraparound Scarf-Style Hijab, both of which are designed to allow Islamic women the flexibility of working out while donning religious garb, even as some governments, such as France, debate allowing similar athletic wear in certain public spaces.

While the Hijab is a form of modesty, the company chose to feature a woman wearing one of their Hijabs, who was also wearing an overly tight top that highlighted the size of her breasts - something most Islamic experts would say is counter to the point of wearing the Hijab. The imagery used is supposed to normalize the Hijab in the eyes of Americans who fear that the Muslim culture is infiltrating society, with more hijab-wearing women being featured on Television, in advertising and in Congress.

Similar athletic wear geared toward Muslim women has drawn debate. Grenoble, a city in France, originally voted in favor of allowing women to wear burkinis, which cover everything but the wearers' faces, hands, and feet, on May 16. But the vote was suspended by a French administrative court, which said the move was "seriously undermining secularism," on May 26. Muslim rights organizations in France have argued that bans on burkinis restrict fundamental liberties and embrace discrimination, according to Reuters.

Other major retailers, such as Nike and Macy's, launched similar clothing lines ;that included hijabs in 2017 and 2018, respectively. Macy's acquired both backlash and praise for the clothing, with some arguing the company was embracing a symbol of oppression and others praising the brand for its promotion of diversity, according to Business Insider.

A third style of Lululemon's hijab, the OTM Pull On Hijab, is expected to go to market later this year.

Darmanin said his ministry had filed an objection against the burkini permit in Grenoble, an ecologist-run city in the French Alps, close to Italy. "The administrative court considers that the mayor of Grenoble, with his decision allowing burkinis in municipal pools, is seriously undermining secularism," Darmanin said.

The municipal council of Grenoble, following a proposal by its ecologist mayor Eric Piolle, had voted in favor of permitting the use of burkinis on May 16, sparking howls of protest from conservative and far-right politicians.

Darmanin said the court ruling was based on the 2021 "separatism" law voted during President Emmanuel Macron's first term, which allows the suspension of measures that would "undermine secularism and the neutrality of public services."

Far-right party leader Marine Le Pen - who came second after Macron in presidential elections in April and hopes to overwhelm Macron's centrist party at parliament elections in June - has said she wants to introduce a law banning burkinis in municipal pools.

Muslim rights organizations in France have said that prohibitions on burkinis - which leave only the face, hands and feet exposed - limit fundamental liberties and discriminate against Muslim women.