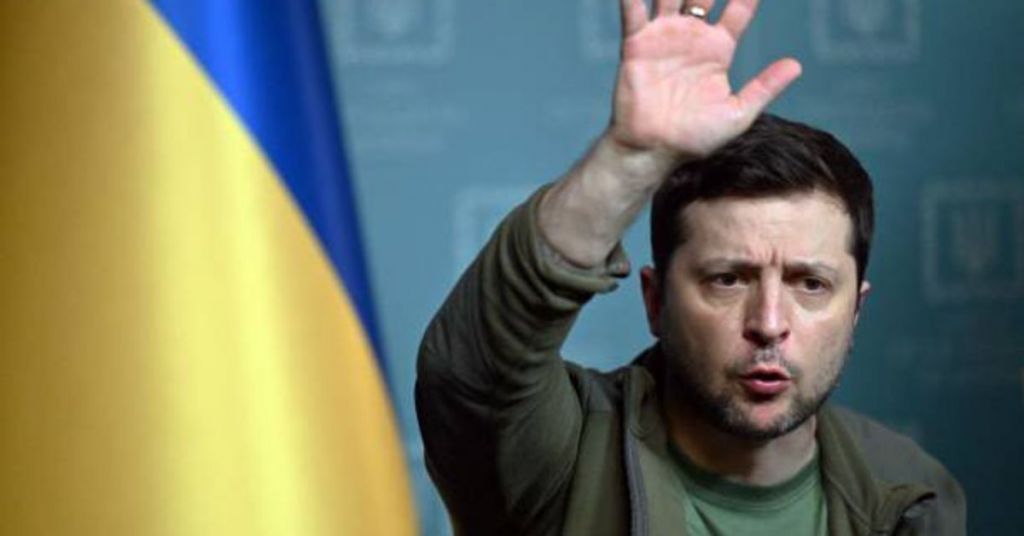 Russia broke weeks of relative calm in the Ukrainian capital with long-range missiles launched toward Kyiv early Sunday, an evident Kremlin show-of-force as Western leaders meet in Europe to bolster their military and economic support of Ukraine.

The strikes also hit a nearby kindergarten, where a crater pocked the courtyard. U.S. President Joe Biden called the attacks “barbarism” after he arrived in Germany for a Group of Seven summit

Later Sunday, a local official reported a second death, telling the UNIAN News Agency that a railroad worker was killed and several others were injured in the attacks while servicing rail infrastructure.

Kyiv’s mayor told journalists he thought the airstrikes were “maybe a symbolic attack” ahead of a NATO summit in Madrid that starts Tuesday. A former commander of U.S. forces in Europe said the strikes also were a signal to the leaders of G-7 nations meeting Sunday in Germany.

“Russia is saying, ‘We can do this all day long. You guys are powerless to stop us,’” retired Lt. Gen. Ben Hodges, the former commanding general of U.S. Army forces in Europe, said. “The Russians are humiliating the leaders of the West.”

The G-7 leaders were expected to report the latest in a long series of international economic steps to pressure and isolate Russia over its war in Ukraine: new bans on imports of Russian gold. Standing with German Chancellor Olaf Scholz, the three-day meeting’s host, Biden said of the missile strikes on Kyiv: “It’s more of their barbarism.”

Zelenskyy, speaking in his nightly video address, appealed to the G-7 leaders for more help, saying stopping Russian aggression “is possible only if we get everything we ask for, and in the time we need it – weapons, financial support and sanctions against Russia.”

A Ukrainian parliament member, Oleksiy Goncharenko, wrote on the Telegram messaging app that preliminary information suggested that Russia launched 14 missiles toward the capital region and Kyiv itself. Zelenskyy said some were intercepted, and he vowed revenge against “all pilots, dispatchers, technicians and other people who ensure the launch of missiles in Ukraine.”

“We will find you all. Each of you will be responsible for these blows,” Zelenskyy vowed. “And if someone thinks he will evade responsibility by saying that this was an order, you are wrong. When your missiles hit homes, it’s a war crime. The court is what awaits you all. And you will not hide anywhere – neither on the shores of the Caspian Sea, over which your missiles are launched, nor in Belarus … Nowhere.”