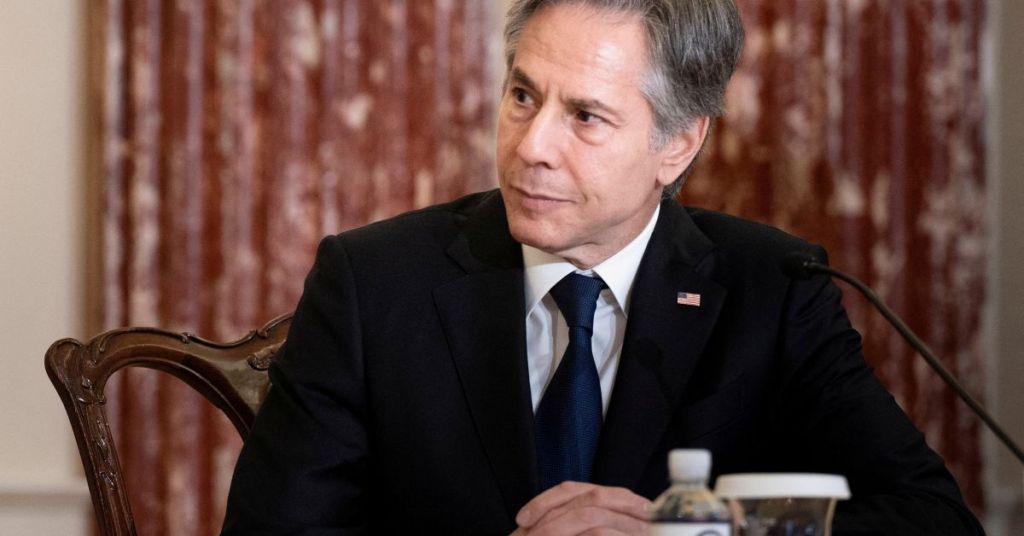 Secretary of State Antony Blinken announced Wednesday that the United States would be contributing $215 million in emergency aid to relieve worldwide food shortages aggravated by the Ukraine war and resulting supply chain disruptions.

“Today, given the urgency of the crisis, we’re announcing another $215 million in new emergency food assistance. And we’ll do much more. We expect our Congress very soon to approve approximately $5.5 billion in additional funding for humanitarian assistance and food security,” Blinken said at the Food Security Ministerial in the United Nations headquarters.

The $5.5 billion is part of the $40 billion taxpayer-funded Ukraine aid bill passed in the House on May 10 and the Senate on Monday and is currently on its way to Biden’s desk.

Blinken added that governments and organizations worldwide need to merge their efforts in convincing Russia to allow for food and vital supplies to leave Ukraine safely.

“There are an estimated 22 million tons of grain sitting in silos in Ukraine right now, food that could immediately go toward helping those in need if it can simply get out of the country,” Blinken said.

Ukraine is one of the world’s top producers of agricultural commodities like wheat, maize, rapeseed, sunflower seeds, and sunflower oil.

Blockage of ports has added to a global shortage of supplies and has hiked food prices that rose at their fastest pace on record in March, based on data from the Food and Agriculture Organization of the United Nations (FAO), rising 13 percent over the month to 159.3 points.

The Russian invasion “has only made an already dire situation significantly worse, with as many as 40 million people projected to be pushed into poverty and food insecurity through the end of the year,” said USAID in a press release on May 18.

The United States has provided nearly $2.6 billion in emergency food assistance since the Ukraine conflict started, according to USAID. Besides food, Blinken also addressed the issue of global fertilizer shortages. He said that Africa is facing increases in fertilizer cost by as much as four times, a trend started at the beginning of the pandemic and worsened by the war in Ukraine.

“One way to address this is by creating incentives for countries to produce more fertilizer as the United States commits $500 million to boost U.S. production. We can also help farmers maximize fertilizer efficiency learning from advances made by countries like Ethiopia,” he said.