Love On The Rocks Alert: CNN Bromance Over As Cuomo Goes Scorched Earth On Lemon 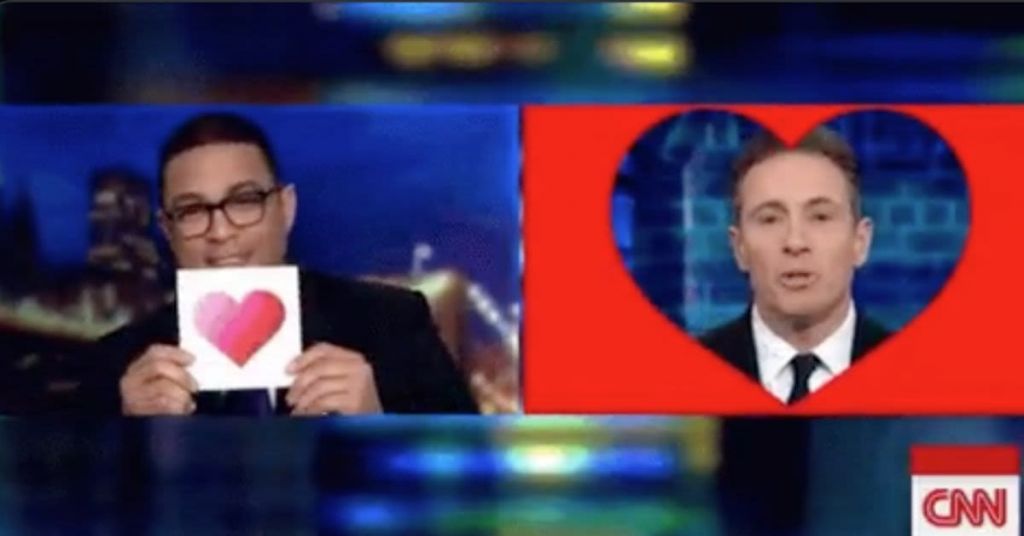 While Cuomo worked at CNN, he and Lemon often blew kisses toward one another and cited a familial-like bond while saying, “I love you, brother.”

In filing a demand for arbitration on Wednesday against Turner Services and CNN, Cuomo said that although Lemon and Tapper broke journalism ethics, they were not disciplined by the network.

“As long as [former CNN President Jeff] Zucker and [former executive Allison] Gollust believed CNN’s ratings would benefit, they were more than willing to disregard breaches of traditional journalistic standards by CNN personalities, such as Don Lemon and Jake Tapper, or even to engage in blatant breaches of journalistic ethics themselves,” Cuomo’s filing stated.

In the filing, Lemon was accused of intervening in a probe into Jussie Smollett’s hate crime claims by texting Smollett “to warn him that Chicago police did not believe Smollett’s allegations of suffering a racist, homophobic attack.”

Cuomo also claimed Tapper “repeatedly urged Congressional candidate Sean Parnell not to run against Rep. Conor Lamb, but to run in a ‘safer,’ more heavily Republican district” and then asked Parnell to “make a joint statement to clear Tapper’s name of this obvious breach of journalistic ethics.”

In both cases, Cuomo’s filing said Lemon and Tapper received disparate treatment with no investigation or disciplinary action, saying his firing shows the network’s “hypocrisy.”

“CNN allowed employees to retain their jobs for offenses much more egregious than anything CNN alleges Cuomo ever did,” the filing stated. “But because Cuomo was so strongly linked to Gov. Cuomo, whose political standing and corresponding value to CNN had turned dramatically, CNN falsely claimed that Cuomo violated its policies and practices as an excuse to terminate his contract. This is the epitome of hypocrisy, as there was no valid basis for terminating his contract.”

“Cuomo has had his journalistic integrity unjustifiably smeared, making it difficult if not impossible for Cuomo to find similar work in the future and damaging him in amounts exceeding $125 million, which includes not only the remaining salary owed under the Agreement but future wages lost as a result of CNN’s efforts to destroy his reputation in violation of the Agreement,” the filing adds. “Cuomo now seeks to recover the full measure of his damages against Turner and CNN,” it declares (read the filing here).

Cuomo is suing CNN for the remainder of his contract money, which the filing says is “in no event less than $15 million.” He is also seeking no less than $110 million in following damages.