The People Want ANSWERS: According To Poll, Majority Of Americans WANT A Hunter Biden Probe 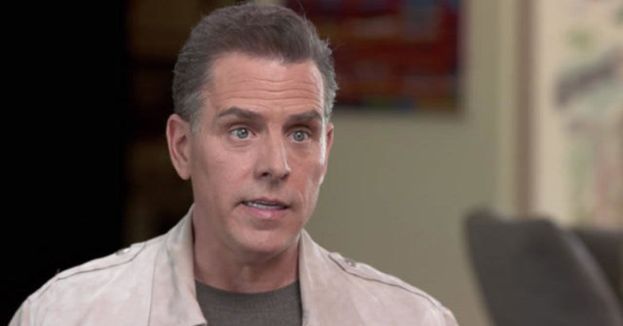 The incoming House Republican majority has been interested in investigating Hunter Biden almost from day one in office, and a new poll shows that Americans are with them on this.

Rasmussen Reports published a poll showing that 62% of Americans say Hunter Biden's business dealings should be probed. Many Republicans are interested in getting answers about what is on Hunter's laptop and why he received advice from his father, the President, about various business dealings with other countries.

These are all legitimate concerns about what Hunter Biden has been up to, and this is why so many Americans are with the Republicans when it comes to getting the answers that they need.

The liberal media has only now begun to cover the story of Hunter's laptop, although conservative media outlets have been on top of this story from the beginning. When surveyed, 63% of Americans said they believe the Hunter Biden story is essential.

The Washington Examiner points out that many people are frustrated with the liberal media's refusal to cover the story of Hunter's laptop. That is why the House GOP has such confidence in covering the story.

When asked in the poll if they felt Hunter should be investigated, most Americans polled by Rasmussen stated that they felt it was appropriate to investigate the President's son. However, while Republicans and Independents were high on investigating Hunter Biden, many Democrats did not feel the same way. Perhaps this is not surprising given that they want to protect the President's son no matter what he may or may not have done.

Many Americans want to get to the bottom of a story of corruption in the First Family, but others want to protect members of their party above all else. These two conflicting goals have caused many people to decide one way or the other about how they feel regarding Hunter Biden, investigations, and many other relevant topics that we all should be able to discuss with a level of honesty about the situation.

It will take a lot of work to get some people to see that the importance of getting to the bottom of this story is much greater than the importance of protecting their specific political party. However, that is where things stand right now, and it seems likely to stay the same for a while.