Does This Really Solve The Issue? NYC Mayor To INVOLUNTARILY Hospitalize The Mentally Ill 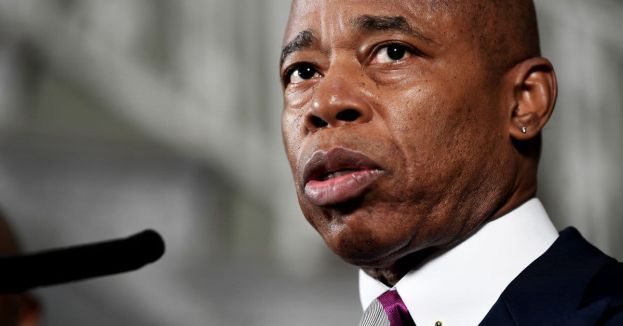 Mayor Eric Adams (D) of New York says that the new policy for the city will be to hospitalize some of the mentally ill in the city involuntarily.

The new directive from the mayor allows for police officers, firefighters, and health department officials to involuntarily hospitalize the mentally ill if they are deemed unable to handle their basic needs.

Breitbart reports that these individuals were only able to hospitalize those who were violent towards others or themselves. That will no longer be the requirement. The news organization reports the following details about the directive from Mayor Adams:

"the removal of a person who appears to be mentally ill and displays an inability to meet basic living needs, even when no recent dangerous act has been observed."

It states that if a reasonable person can determine that a mentally ill individual is not physically able to take care of their basic human needs, then that person may be hospitalized against their will by the officials listed above.

Adams and his staff failed to address the "basic needs" and how these criteria might be applied objectively from case to case. Indeed, many are concerned that the criteria are too broad to be of significant use to those tasked with caring for the mentally ill's welfare.

When the plan was announced, Mayor Adams stated that the idea that law enforcement should only be permitted to hospitalize someone against their will when that person is acting violently is a myth. He insists that there are more times when it is valuable and helpful for law enforcement to have the power to hospitalize individuals who are a threat to themselves or others.

Thus, he believes that the correct way to handle a situation like this is to give law enforcement the power to hospitalize those who might not be able to care for themselves.

Breitbart reports that Mayor Adams said the following when introducing his plan:

"The common misunderstanding persists that we cannot provide involuntary assistance unless the person is violent. This myth must be put to rest. Going forward, we will make every effort to assist those who are suffering from mental illness and whose illness is endangering them by preventing them from meeting their basic human needs."

Everyone must understand how different a plan is compared to where things used to stand.