Something Good For Once: US State Dept Backs Iranian Athletes In Protest Of Government 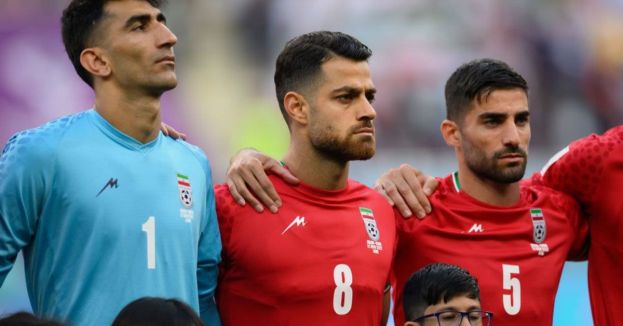 The Democrats running the State Department have stated that they support the Iranian players as they prepare to play against the United States in the World Cup.

The players refused to sing the national anthem of Iran.

The world of sports is no longer a place where people can come together and play against each other in good sportsmanship. The political realm has flooded the stage and changed how people play their respective sports. For many, the country they play for is not what they want to identify with.

The Washington Free Beacon said, “The State Department will be monitoring Iran in the coming weeks following the regime’s threats to discipline the players. The Iranian government’s intimidation tactics—which could include severe punishment once the players return home—appeared to have weighed on the athletes, who ‘half-heartedly’ sang their national anthem prior to the nation’s most recent game against Wales.”

The players do not want to show their support for their country because of how the leaders treat the people. They are tired of the abuses that they are forced to live under.

The Washington Beacon also reported that the State Department reported that “Iran’s leadership should be heeding their athletes’ calls for change, rather than stifling them through intimidation and threats. The people of Iran and the nations of the world will be watching the athletes’ treatment upon their return to Iran. If Iranian authorities deny the athletes their fundamental rights, it will only serve to further isolate Iran from the world.”