This Actor Returns To Catholicism After Latest Movie 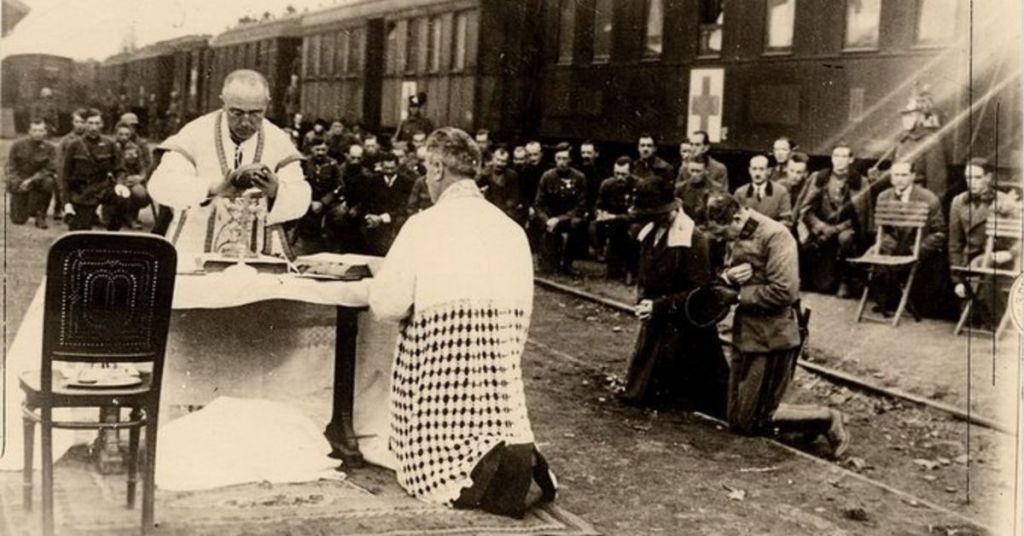 Actor Shia LaBeouf announced Thursday that he converted to Catholicism after playing the role of a mystic Franciscan Capuchin priest.

LaBeouf was already baptized by his uncle but was oblivious of the concluded ordinance when he took the role of the prominent character in Abel Ferrara's Padre Pio. While he confessed he took on the position to save his acting career in an interview with Bishop Robert Barron, the actor was so touched by the research that went into the role of Padre Pio, born Francesco Forgione, that he became to a member of the Roman Catholic Church.

"I know now that God was using my ego to draw me to Him, drawing me away from worldly desires," LaBeouf said. "It was all happening simultaneously. But there would have been no impetus for me to get in my car, drive up [to the monastery] if I didn't think, 'Oh, I'm gonna save my career.'"

The actor reported he lived with a monastery of Franciscan Capuchin friars and attended Latin Mass to prepare for the role. Last year, LaBeouf was charged with the misdemeanors of petty theft and battery after he stole a man's hat and engaged in a fight. Shortly following the charges, his ex-girlfriend FKA Twigs, also known as Tahliah Debrett Barnett, filed a lawsuit against him alleging abuse. A second ex-girlfriend is also cited in the lawsuit.

"It was seeing other people who have sinned beyond anything I could ever conceptualize also being found in Christ that made me feel like, 'Oh, that gives me hope,'" LaBeouf said. "I started hearing experiences of other depraved people who had found their way in this, and it made me feel like I had permission."

LaBeouf grew to like Latin Mass, claiming it "affects me deeply ... because it feels like they're not selling me a car."

However, Latin Mass is fading across the world after Pope Francis's motu proprio Traditionis custodes from July 2021, ordering that the Extraordinary Form in Latin no longer be practiced in parish churches. Latin is still allowed in non-parish churches, and the Holy See has since made a few exceptions, including three Latin Masses in Arlington, Virginia.

"The most high-profile Catholic conversion of the year was nourished by a form of the Mass that the bishops, on the orders of the pontiff, are doing their very best to stamp out," reporter Adam Shaw tweeted in response to the reports of LaBeouf's conversion story.

The Vatican went on to issue further restrictions last December, prohibiting confirmations and ordinations from being performed in Latin.

The mystic priest was ordained in August 1910, with signs of stigmata, or crucifixion wounds matching those of Jesus Christ, first appearing less than a month later. Pio would go on to serve in the Italian military during World War I and later begin to show bleeding heart, side, hands, and feet wounds. These stigmata would reportedly go on to bleed for 50 years, healing completely upon his death in 1968.