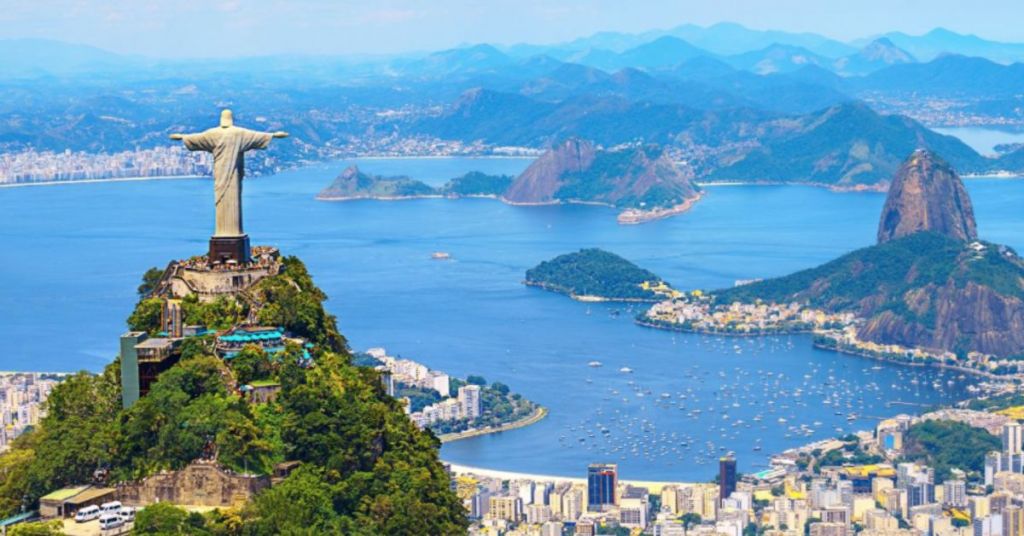 Almost half a century after his father visited the region, Rev. Franklin Graham held a historic outreach on the beaches of Brazil over the weekend, attracting thousands to listen to the Gospel despite some rainy weather.

The Esperança Rio — or "Hope" Rio — event at Copacabana Beach in Rio de Janeiro resulted from years of prayer, planning, and training. The Billy Graham Evangelistic Association (BGEA) teamed up with more than 4,000 churches to make it all come together.

Umbrellas in hand, almost 70,000 turned out to hear the 69-year-old Evangelical leader's message of God's love.

Graham told The Christian Post there's a "great hunger for the Gospel, no question," as proved by the dedication of the thousands who showed up in the rain.

"Some people got there at 2 o'clock in the afternoon and stood," Graham said. "There weren't seats. They stood on that beach waiting and the crowd just kept building."

"People are searching for God and want to know how they have their sins forgiven."

In his sentiment, the 69-year-old Graham told the group: "The Bible says the value of the human soul is worth more than the entire world. Let's say you own all the real estate on Copacabana Beach, you own the hotels, the luxury apartments, the beautiful restaurants. Let's say all of that was yours — your soul is worth far more than all of that — you have more value."

"For anyone who turns from their sins and puts their faith and trust in God's Son Jesus Christ, know this: God has forgiven your sins! As the Bible says, 'He has cast them into the depths of the sea.'"

"I appreciate that these leaders stand with the biblical definition of marriage and against abortion in their country," he penned.

Thousands of people reportedly indicated that they made decisions for Jesus Christ, according to Graham. Local churches are expected to follow up with the thousands who responded to the Gospel invitation.

BGEA discussed with local churches coming to Rio about seven years ago, Graham said, but the COVID-19 pandemic put those plans on hold. When Brazil opened up earlier this year, Graham said they decided now was the time to go.

Graham's visit came around 48 years after his father, evangelist Billy Graham, visited Maracanã Stadium in 1974 to hold a five-day crusade event. On the final night, Graham drew an estimated 225,000 people, which at the time was the largest crowd to attend an evangelistic service in the Western Hemisphere, according to BGEA.

After Brazil, Graham is set to return to the United Kingdom for the closing night of the four-city "God Loves You" Tour–UK, a free event at ExCeL London on July 16 featuring musical performances from CeCe Winans and Michael W. Smith.

Critics of the tour — most notably Liverpool Mayor Steve Rotheram — have called Graham a "known hate preacher" due to his opposition to gay marriage and radical Islam.

According to Graham, about 50 demonstrators in Liverpool during his last visit were Satanists, one of which was dressed like the devil. "They cursed the name of Jesus and then went on," he said.

Graham says the U.K. controversy is mainly based "on a few people who object to me saying marriage is between a man and a woman."

"And as a result of saying that, they accuse me of hate speech," he said. "They label you with a very offensive term like 'hate preacher,' when in fact I'm not sharing a message of hate but love, that God loves us.

"I don't change the message. I don't back away from sharing the Gospel, and we certainly don't preach hate."

Graham said his father was asked not to return to the U.K. after visiting in the 1940s. And when Parliament tried to ban him, he came by boat.

Just as the message of forgiveness of sins through faith in Christ was a source of controversy then, Graham says today is no different. "The controversy isn't me. It's the message that I preach," he said. "Jesus Christ has always been controversial."