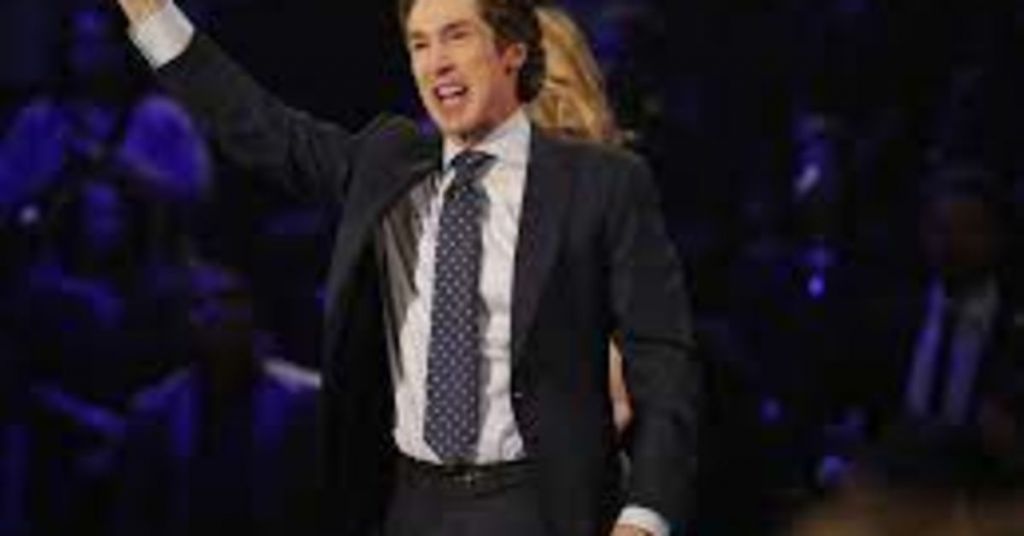 A group of pro-abortion activists stripped down to their bras and underwear throughout a Sunday service at Pastor Joel Osteen's Lakewood Church in Houston, Texas, to oppose the possible reversal of Roe v. Wade.

The protest took place immediately after Osteen's opening prayer throughout the 11 a.m. service.

The Austin-based activist organization Rise Up 4 Abortion Rights spearheaded the protest. The group calls for “abortion on demand and without apology” and proclaims on its website that “forced motherhood = female enslavement.” The group further pledges to “bring the gears of society to a grinding halt before we allow the Supreme Court to overturn Roe v. Wade.”

The outburst followed a leaked original draft majority opinion from U.S. Supreme Court Justice Samuel Alito in the case of Dobbs v. Jackson Women’s Health Organization, which suggested that the court might be set to cancel the 1973 Roe v. Wade decision that legalized abortion nationwide.

A video of the incident shared on social media by Rise Up 4 Abortion Rights reveals that after Osteen finalized the opening prayer by proclaiming “God bless you,” a woman removed her dress and stripped down to her underwear which included a bra emblazoned with green handprints and panties with red dye on the crotch to represent blood. She turned around to face the congregation, yelling, “It’s my body, my f------ choice.”

“It’s my body, my choice!” she repeated. The video panned out to show two other women sitting next to the first protestor who also removed their clothes as the pro-abortion chants continued. One of the pro-abortion activists exclaimed “Oveturn Roe? Hell no!”

As the women shouted, “I have a choice,” security guards escorted them out of the service as much of the Lakewood congregation cheered in applause. As the protest unfolded, Osteen proceeded to speak on stage, stating that “God is good and He’s on the throne and He’s in control.” Osteen reminded the congregation that “we love everybody,” foreshadowing that “as long as I keep talking, you can’t hear what everybody else is saying.”

Julianne D’Eredita, 21, told the Catholic News Agency that she and 12 other activists were detained by police and explained they would be charged if they returned to Lakewood. The protestors then led a “Rally for Abortion Rights” outside Lakewood Church that start at 12:15 p.m.

Throughout the rally outside the church, D’Eredita yelled into a microphone announcing that they disrupted the service because “Christians are not afraid to bother us at healthcare clinics, at doctors’ offices [where women are] trying to get essential healthcare ... why the f--- wouldn’t we bother you in your own home where the laws are coming from?”

Another protestor declared that “7 million women and other people of reproductive age are being forced against their will if they were to become pregnant to carry that pregnancy to term.” She mentioned the United Nations and Amnesty International when characterizing “forced pregnancy” as a “crime against humanity.” She then referred to the Texas Heartbeat Act which prohibits abortion once a baby's heartbeat can be detected.

“This causes psychological and physiological terror and trauma and it is not OK,” she went on. “Wielding the Bible as a weapon to control women’s free choice is not the way to welcome believers in Christ,” a different woman yelled, continuing that the reversing of Roe v. Wade would result in “women joining the Satanic Temple as a safety net” for abortion rights.

The Satanic Temple pushed back against the Texas Heartbeat Act by characterizing it as an “undue burden” on their “Satanic Abortion Ritual” in violation of the state’s religious freedom law.

According to CNA, D’Eredita argued that she previously attended Lakewood Church years ago and “knows Osteen personally.”