Why He Stands: NBA Star Invokes God In New Bestselling Book About Why He Never Knelt For Anthem 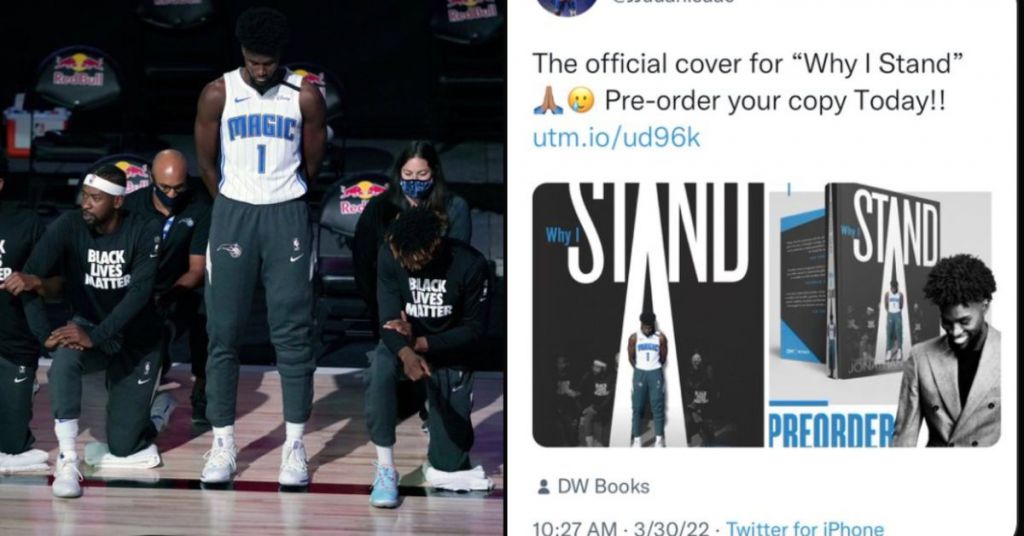 In 2020, NBA superstar Jonathan Isaac made headlines when he refused to kneel during the National Anthem or wear a Black Live Matters shirt while in the NBA bubble — marking himself the only player to do so.

Though his actions sparked a media firestorm, the 24-year-old ordained minister offered a simple justification for his decision: The Gospel, and not a political movement, is the answer to prejudice, racial unrest and pain.

“I believe that Jesus Christ is the answer to all the world's problems,” Isaac told The Christian Post. “Any political structure or ideology doesn't, in itself, have the necessary tools for salvation, which I believe ultimately is what everybody needs.”

The Orlando Magic forward argued the Black Lives Matter movement is “ultimately pushing an agenda” and attempting to serve as a “savior to the black race.”

“I don't think that they're qualified enough to do that,” he said. “As I look out into the world, I can see that racism is not the only thing that plagues the heart of men. But I know, based on what I've experienced in my life, that the Gospel is what changes the hearts of men. In the moment of standing in the bubble, I'm saying, ‘Look, I see all the things that you see, but I cannot think of a greater message or antidote for the times that we're living in other than the Gospel.’”

“I believe,” he went on, “that if we can choose to love people the way that God loves us, which is despite our faults, in spite of our mistakes, despite our sin, and we can choose to forgive people the way that God forgives us, and ultimately get back to God in the first place, we can have the real change that everyone is aiming to get to, but are trying to do it by alternative measures.”

For Isaac, who shares his story in his new book 'Why I Stand', the journey to prioritizing God’s opinion — even if it brings on social ostracization — wasn’t exactly a smooth one.

The athlete recalled a constant struggle to fit in; an issue exacerbated when his parents split up when he was 10 years old, relocating him from a predominantly black community in the Bronx to the “really white” city of Naples, Florida.

“I started to develop a fear and anxiety about being rejected by people,” he shared. “And that even stems from my parents splitting up and not getting to see my dad anymore … I kind of walked around on eggshells all the time.”

It was in basketball that Isaac found his identity: “It pretty much became my world,” he said. “I found in it everything that I was searching for; the girls started to like me ... the fellas wanted to be around me, they wanted to play ball with me because I was so good. And so I just poured everything into it.”

Still, even after skyrocketing to fame — as he was the top basketball player at Floria State and was the sixth pick in the NBA draft — Isaac nonetheless struggled internally with deep feelings of inadequacy and insecurity.

“Basketball really gave me that mask of, ‘I'm OK, I'm at peace, I'm doing great,’ but at the same time, I never wanted to not play well because I always thought that I was going to lose everything that I had worked for,” he said.