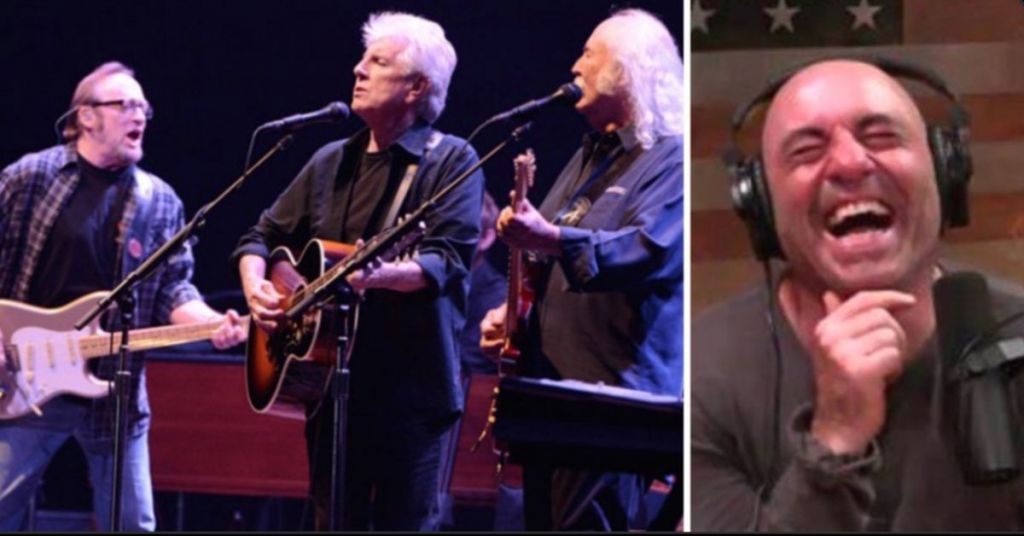 Singers David Crosby, Stephen Stills, and Graham Nash returned to Spotify months after removing their music from the streaming platform in protest over claims made by podcaster Joe Rogan.

The folk-rock band's music came back to Spotify on Saturday, according to Billboard which mentioned a source as stating that the group will contribute proceeds to COVID-19 charities for at least a month.

Earlier this year the group denounced Rogan after he came under fire for contentious remarks he and some guests on his podcasts made about COVID-19. Neil Young pulled his music from Spotify to to pressure Spotify from de-platforming Rogan, and several musicians followed suit, including Crosby, Stills and Nash.

"We support Neil and we agree with him that there is dangerous disinformation being aired on Spotify’s Joe Rogan podcast," the group said in a joint statement posted to their official Twitter account in February.

"While we always value alternate points of view, knowingly spreading disinformation during this global pandemic has deadly consequences. Until real action is taken to show that a concern for humanity must be balanced with commerce, we don’t want our music — or the music we made together — to be on the same platform."

Spotify replied by adding a content advisory to all podcast episodes that include discussions of COVID-19. The streaming platform's CEO, Daniel Ek, also talked about the dispute in February, stating that the company is "trying to balance creative expression with the safety of our users."

"Of course, this is a very complicated issue," Ek said at the time, according to CNN. "But I'm really proud of the steps that we took following the concerns raised by the medical and scientific communities."

Ek further said that Spotify does not "change our policies based on one creator nor do we change it based on any media cycle or calls from anyone else."

"While Joe has a massive audience ... he also has to abide by those policies," he added.

As for Spotify's business, the company reported that it ended 2021 with 180 million paid subscribers. Still, Spotify (SPOT) viewed its shares drop more than 20% after hours on Wednesday following its fourth-quarter earnings, which presented weak guidance for its growth.

Spotify sees itself in the center of a firestorm after artists such as Neil Young and Joni Mitchell asked the streaming music company to take off their music from the platform last week. This was because of Joe Rogan, who has repeatedly made inaccurate claims about Covid-19 and vaccines on his popular Spotify podcast, "The Joe Rogan Experience."

Following the backlash, Spotify said it is adding a content advisory to any podcast episode that includes a discussion about Covid-19. The advisory will direct listeners to a Covid-19 hub that will include links to trusted sources, the company said.

On Wednesday, Ek said that the company does not "change our policies based on one creator nor do we change it based on any media cycle or calls from anyone else."