Expert: Amber Heard Lost This Much After Johnny Depp Publicized Their Lives 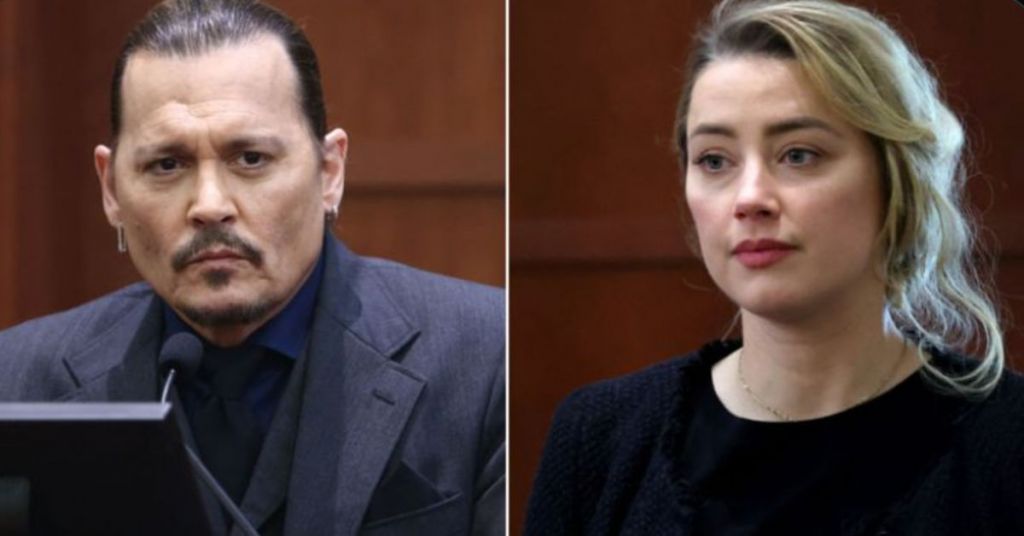 “Aquaman” should have been Amber Heard’s breakout role — but instead, the actress’s career took a downturn, leading her to lose around $50 million in potential earnings, a specialist testified on the final Monday of the trial which is now in the Jury's hands.

Entertainment industry advisor Kathryn Arnold stated that Heard, 36, was only kept on for the superhero flick’s upcoming sequel thanks in part to her co-star Jason Momoa.

The release of the 2018 blockbuster was supposed to be Heard’s “‘A Star is Born’ moment,” Arnold, a former Hollywood producer, disclosed to the Fairfax, Virginia, jury.

But Heard’s course to stardom was tarnished after her ex-husband Johnny Depp and his lawyer Adam Waldman allegedly slandered her by calling her accusations of abuse a “hoax,” according to Arnold’s testimony.

“It was that moment where not only was she a good actor, but she was now world-renowned because she was in the most successful film ... for DC Comics,” Arnold expressed about “Aquaman,” which grossed more than $1.1 billion at the box office.

“It was just this extraordinary moment for her, for her career to take off.” What happened next was more like a crash landing, the consultant conveyed.

Heard lost between $45 million and $50 million in future earnings following the 2020 statements that she had forged domestic abuse allegations, Arnold asserted.

Had Depp and his team not allegedly made those statements, Heard’s career might now mirror those of “Wonder Woman” star Gal Gadot and Bond girl Ana de Armas, she stated.

The actress presumably would have acquired four other endorsement deals worth $8 million, $20 million from several film projects, and millions from TV projects, the consultant informed.

Currently, “every time she appears anywhere, the social media negativity campaign starts up again,” said Arnold, who was called as a witness by Heard’s legal team.

Heard was banned from major press events and promotional material for “Aquaman” — and L’Oreal put a halt on working with her, the witness declared. “Her work stopped,” Arnold said, adding that rather than having to negotiate power for the upcoming “Aquaman 2,” Heard was “fighting for her life” for the role’s reprisal.

The only reason she wasn’t entirely cut from the blockbuster, set to premiere in 2023, was because co-star Jason Momoa and the film’s director, James Wan, were “adamant” she keeps the role and personally advocated for her, Arnold expressed.

As for Depp — who sued Heard for $50 million, claiming her 2018 Washington Post op-ed about being a victim of domestic abuse defamed him and destroyed his career — Arnold said the actor is his own worst enemy.

“Well, we’ve talked about the erratic behavior, the tardiness, the drugs, and alcohol abuse,” said Arnold. “And the lawsuits have had a really big impact ... because there’s a lot of publicity around anything that he does.”

Every time Depp has filed a lawsuit, it has “brought to light various issues,” she testified. “Whether it was about, you know, erratic behavior or domestic abuse or drugs and alcohol and even spending habits.”

“So every time a lawsuit has been filed, the press and publicity has just been charged up and brought everything back to light,” Arnold continued to say, “and it’s been an unfortunate problem ... for the industry to continue to work with him even though all this is out in the public.”

Arnold was one of three witnesses called to the stand by Heard’s team to discuss her earning potential before and after Johnny Depp. Depp took the stand for a second time on Wednesday and Kate Moss also made a virtual appearance to dispel rumors that Depp threw her down a flight of stairs. On the last day of testimony Thursday, Amber Heard said she was not surprised Moss spoke up for Depp saying 'everyone does things for Johnny', pointing to the fact that Depp is charismatic and based on the crowds who braved the elements in Virginia just to get a glimpse of him, has star power that skews peoples judgment.

The jury is expected to return this week with a verdict