Don't Be Fooled: Congressional Budget Office Says Democrat's 'Inflation Reduction' Does Nothing Of The Sort 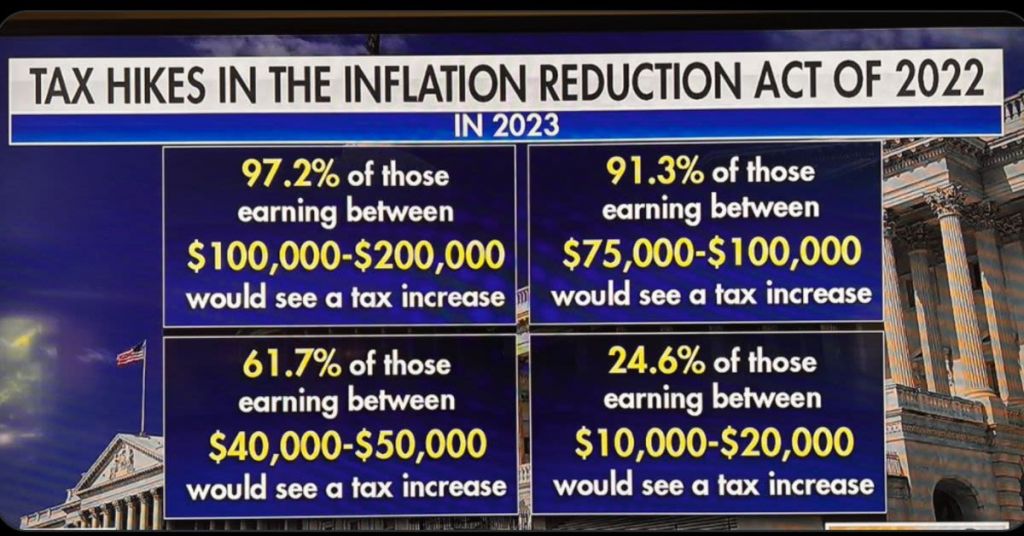 Opposing claims from Senate Democrats, a report from the independent Congressional Budget Office (CBO) suggests that the steps in the $740 billion Inflation Reduction Act of 2022 (IRA) would have a marginal to negative impact on inflation.

Referring to the Build Back Better Act, a proxy for the IRA, the CBO wrote that the "estimate of the deficit reduction [for the Build Back Better Act] was lowered by $11.0 billion over the 2022-2031 period." Furthermore, CBO Director Phillip Swagel noted that if the bill passes, then "in the calendar year 2023, inflation would probably be between 0.1 percentage point lower and 0.1 percentage point higher under the bill than it would be under current law, CBO estimates."

The Tax Foundation stated: "The bill worsens inflation, especially in the first two years, as revenue raisers take time to ramp up and the deficit increases. We find that budget deficits would increase from 2023 to 2025, potentially worsening inflation ... On balance, the long-run impact on inflation is particularly uncertain but likely close to zero."

However, according to The Associated Press, the IRA, which passed the Senate on Sunday in a 51-50 vote, is being hailed as an achievement of President Joe Biden's vision to control global warming, lower costs of pharmaceutical drugs and tax large corporations. The bill now heads to the House.

"As you know," Schumer stated in a Sunday press conference after the final vote, "it's been a long, tough, and winding road. At last, we've arrived; and we are elated. Every member of my caucus is elated about what happened because we would change the world in a way you rarely get an opportunity to do."

Still talking about the inflation bill, Schumer added, "The Senate has now passed the most significant bill to fight the climate crisis ever, and it will make a difference to my grandkids. The world will be a better place for my grandchildren because of what we did today. And that makes me feel very, very good."

Sen. Bernie Sanders, I-Vt., condemned major parts of the legislation while pointing to its "minimal impact on inflation."

"According to the [CBO]," Sanders said, "and other economic organizations that have studied this bill, it will have a minimal impact on inflation."