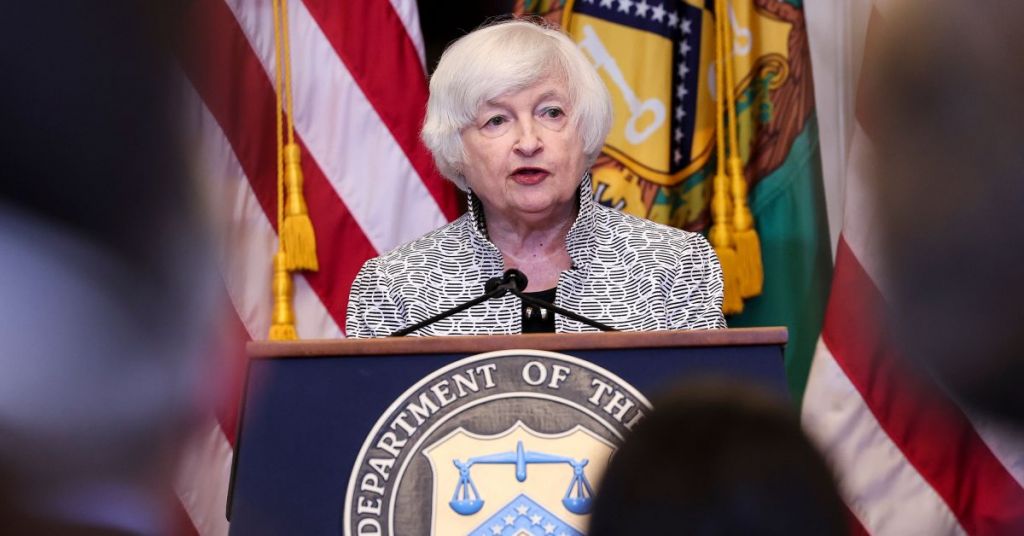 As such, the Treasury Department cannot confirm the U.S. economy has already entered into a "recession" phase.

"That is not what we're seeing right now when you look at the economy," announced Yellen this week, when questioned if America has already transitioned into recession mode. "Job creation is continuing, household finances remain strong, consumers are spending and businesses are growing."

One contingent might point to the progress of the U.S. economy shrinking by just 0.9% in the second quarter, after contracting by 1.6% in the first quarter.

And a different group might say that, prior to this week's numbers release, most economists agreed the technical definition of a "recession" involved back-to-back negative GDP quarters.

For now, though, Yellen feels good regarding the state of the American economy, post-pandemic.

Despite Yellen's overall optimism, she does acknowledge that "unacceptably high" levels of inflation may be affecting how Americans set their weekly, monthly and yearly budgets.

"I think that the discomfort that households feel, it's not because of the labor market," Yellen announced. "Some may worry that the... labor market will weaken, but I think the biggest burden that's weighing on household sentiment is inflation."

Yellen has an independent ally in Moody's Analytics.

Even before the release of the second-quarter GDP numbers, Moody's senior director Scott Hoyt framed the "recession" debate around the three D's — depth, diffusion and duration.

"Though many call two consecutive declines a recession," wrote Hoyt, via Money magazine, "Moody's Analytics does not believe current conditions will meet the National Bureau of Economic Research's criteria for depth, diffusion and duration to be officially called a recession."

On its website, the National Bureau of Economic Research (NBER) defines a recession as a "significant decline in economic activity that is spread across the economy and lasts more than a few months."

Although, this classification might raise even more questions, since two consecutive quarters, or six months, run longer than the NBER assessment of a "few months."

Nevertheless, Yellen expects the job market to stay robust, even if takes time to bring down the national levels of inflation.