The 'R' Word: She Admits It Is Only Getting Worse, But Treasury Secretary Playing Politics With The Economy 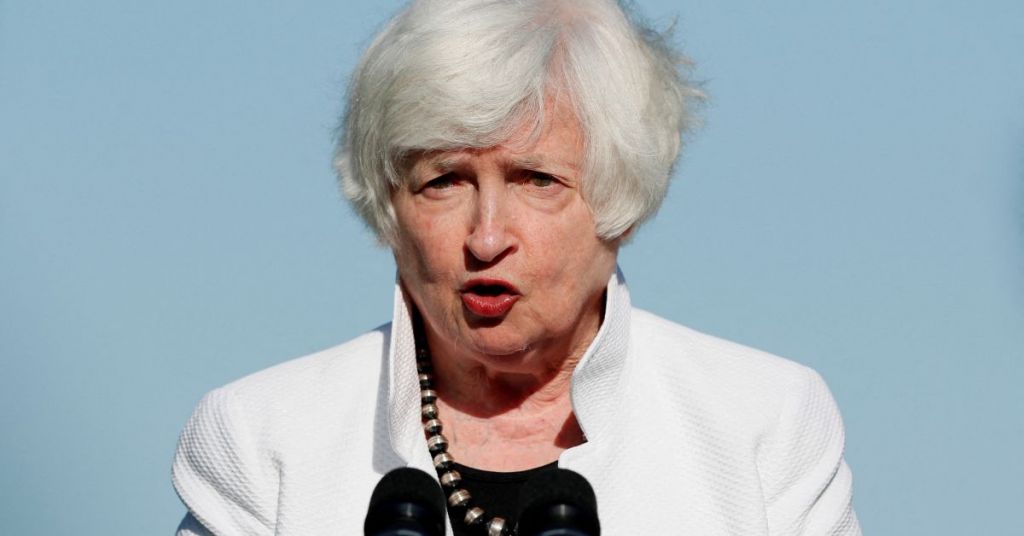 The United States' economy is growing worse, but the country is not in a recession — at this time — Treasury Secretary Janet Yellen said Sunday.

"I'm not saying that we will definitely avoid a recession, but I think there is a path that keeps the labor market strong and brings inflation down," Yellen told NBC's "Meet the Press." "We have a very strong labor market [and when you are creating almost 400,000 jobs a month, that is not a recession."]

Still, the economy is hitting breaks after thriving in 2021 with a growth of about 5.5%, said the secretary.

"That succeeded in putting people back to work who had lost their jobs during the pandemic," Yellen said. "The labor market is now extremely strong. Even just during the last three months, job gains averaged 375,000. This is not an economy that's in recession."

However, the United States is in a "period of transition in which growth is slowing and that's necessary and appropriate," she added. "We need to be growing at a steady and sustainable pace."

Businesses can also see the deceleration, which is fitting, as people have jobs and a strong labor market, said Yellen, but still, there are no signs of a widespread recession.

"A recession is a broad-based contraction that affects many sectors of the economy," said Yellen. "We just don't have that. Consumer spending remains solid. It's continuing to grow. Industrial output has grown in five of the six most recent months. Credit quality remains very strong. Household balance sheets are generally in good shape."

Nevertheless, she said that inflation stays "way too high," and she expects that the policies being put in place by the Federal Reserve to bring inflation down will be successful.

The Biden administration is also supplementing the Fed's policies, said Yellen, including cutting the national deficit "by a record $1.5 trillion this year."

Also, the releases from the strategic petroleum reserve are bringing down gas prices by almost 50 cents a gallon, said Yellen.

"Hopefully, we will pass a bill that will lower prescription drug costs and maintain current health care costs," she said.

"But even with the positive signs, there is likely to be a slowdown of job creation," Yellen said, but she does not think that's a recession.

"A recession is a broad-based weakness in the economy," she said. "We're not seeing that now and I don't think that's necessary."

Some risks must be weighed in, and inflation is high in the United States and the United Kingdom, Canada, and more, which the central banks are addressing, the secretary said.

"We have a war in Ukraine that threatens potentially even higher oil prices than we're seeing right now," she continued.

Meanwhile, the nation's GDP will be "closely watched" for signs of recession, said Yellen.