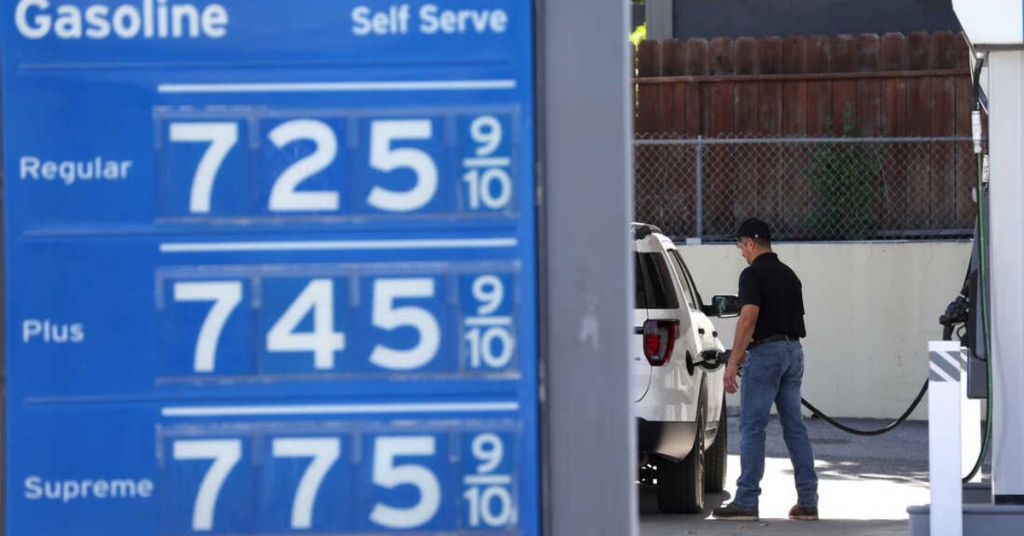 The California legislature, which has rejected lowering the state’s 51-cent gas tax, will now examine why prices are so high, topping $7 per gallon in some areas and still plans on raising the tax come July 1.

This is the nation’s record price for petrol, with severe environmental mandates and high state taxes exacerbating the situation. But voters also passed a ballot measure to create a tax to fund freeway repair. These projects typically take more than a decade, bogged down by extensive red tape and environmental review.

The legislature also allowed a yearly increase in the tax to proceed by not making a bill to stop it. The result is consumers who watch prices tick up on a daily basis, with Wednesday’s total averaging $6.44 per gallon, AAA reported. The national average is $5.02.

Assemblyman Kevin Kiley (R) once again called on the legislature on Wednesday to pass his bill forming a gas tax holiday. Gov. Gavin Newsom (D) has proposed issuing blanket rebate cards to drivers that do not take into account the miles driven by an individual.

“Rather than taking meaningful action, today, Assembly Democrats announced the creation of a Select Committee on Gasoline Supply and Pricing to ‘investigate’ what can be done to bring down the price of gas,” Kiley said. “The first hearing will not convene for ‘a number of weeks,’ according to the announcement. Meanwhile, there is still no deal between the governor and legislative leaders on the best way to provide relief in the state budget.”

Kiley has attempted since the beginning of the year to get support on a bill that would create a brief halt to the gas tax. The measure languished in committee until April, when he says it was hijacked and the language gutted to add a tax on Big Oil. The new bill eventually died, but the original is still intact, Kiley said.

Meanwhile, President Joe Biden has suggested a suspension on federal gas taxes that would save drivers more than 18 cents per gallon.

“The evidence shows that gas tax holidays in other states are giving consumers real savings. Even the president is now finally recognizing this is the best way to provide relief to struggling families,” Kiley said. “Rather than launching a new ‘investigation,’ Gov. Newsom and legislative leaders need to immediately suspend our state gas tax, which is almost three times higher than the federal tax.”

Assembly Speaker Anthony Rendon (D) backed his position with regard to the bipartisan investigation into price gouging.

“We have put ourselves in a situation because of our addiction to the gas-powered engine,” he said. “Yet that is no excuse for the actions of those who pin California drivers down with a foot on our necks and a hand in our pockets.”