Not Good For 45: Trump Organization Is Found GUILTY In Crucial Tax Fraud Case 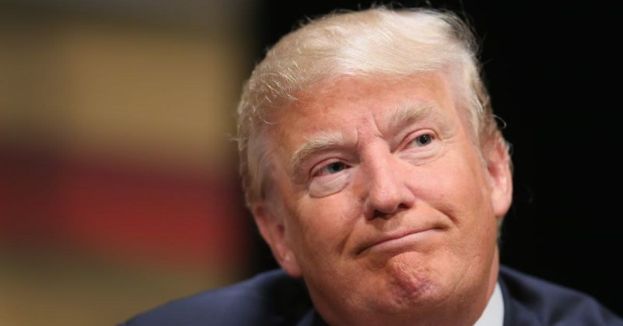 Former President Donald Trump faces several legal challenges, some stemming from his presidency and some from his business practices going back decades.

The New York Post reports on a jury's verdict against the Trump Organization.

“The Trump Org was convicted on all 17 counts it faced — including tax fraud, falsifying business records, conspiracy and related crimes — following two days of deliberations in Manhattan Supreme Court.”

The verdict is the first criminal conviction against one of Trump’s businesses, something that Manhattan District Attorney Alvin Bragg noted. He said, “This case was about greed and cheating. Today’s verdict holds these Trump companies accountable for their long-running criminal scheme.”

Trump and his lawyers disagree with Bragg’s sentiment and the verdict. Trump Organization lawyer Susan Necheles announced that they plan to appeal the verdict.

Trump did not mince words in an angry post on his social media platform, Truth Social. “Murder and Violent Crime is at an all time high in NYC, and the D.A.’s office has spent almost all of its time & money fighting a political Witch Hunt for D.C. against ‘Trump’ over Fringe Benefits,” he wrote, adding that “no MURDER CASE has gone to trial in 6 years, much to the consternation of victims mothers and families who are devastated that NOTHING is being done to bring JUSTICE. Too busy on ‘Donald.’”

The prosecutors alleged that the Trump Organization helped its top executives evade taxes on income by hiding it as rent, luxury cars, and private school tuition for their children. The former CFO, Allen Weisselberg, testified as the prosecution’s star witness. He alleged that Trump’s children, Donald Trump Jr., and Eric, found out about the tax evasion and did nothing to stop it. Trump and his sons were not charged in the case.

The prosecution claimed that Trump was well aware of the tax evasion scheme and, in fact, sanctioned it. The scheme benefited the Trump Organization by decreasing payroll costs and boosting tax deductions. Trump’s lawyers deny the allegation that the former President knew about the tax evasion scheme.

The UK Guardian notes that the case is one of many that Trump faces. One civil suit brought by New York State Attorney General Letitia James “accuses Trump and his children of “staggering” fraud, alleging that they provided fraudulent statements to lenders and insurers that wildly inflated the value of his real estate holdings.”

The ongoing legal woes overshadow Trump’s recent announcement of a new run for President of the United States in the 2024 elections.