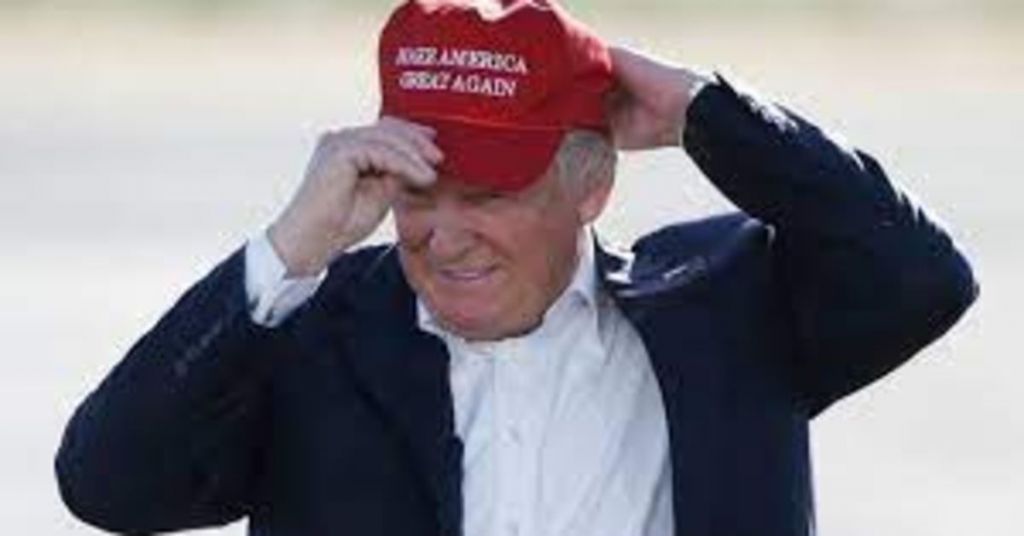 Hoards of angry Donald Trump followers descended on his Mar-a-Lago home last night soon after it emerged that the FBI was searching the former President's estate as part of an investigation into whether he took classified records from the White House to the Florida residence.

Trump, disclosing the search in a lengthy announcement, declared that agents had opened up a safe at his home and described their work as an "unannounced raid" that he likened to "prosecutorial misconduct."

The raid on Trump's home represents a dramatic and unprecedented escalation of law enforcement scrutiny of the former president.

Many of his followers were angered by the raid, and a raucous crowd - many of whom wearing Trump-themed clothing - collected outside his Florida home to show their backing for Trump.

The avid Trump followers held pro-Trump signs, including ones for a presumptive 2024 campaign and one for Trump's previous campaign with former Vice President Mike Pence's name crossed out. One was publicly identifying as a member of the far-right Proud Boys.

The raid on Trump's home intensifies the months-long investigation into how classified documents ended up in over a dozen boxes located at Mar-a-Lago earlier this year.

It takes place amid a separate grand jury investigation into attempts to overturn the outcomes of the 2020 presidential election and adds to the potential legal peril for Trump as he lays the groundwork for another run.

Trump and his allies aimed to cast the search as a weaponization of the criminal justice system and a Democratic-driven attempt to keep him from winning another term in 2024 - even though the Biden White House announced it had no prior knowledge of it, and the present FBI director, Christopher Wray, was appointed by Trump five years ago and worked as a high-ranking official in a Republican-led Justice Department.

"These are dark times for our Nation, as my beautiful home, Mar-A-Lago in Palm Beach, Florida, is currently under siege, raided, and occupied by a large group of FBI agents," Trump wrote. "Nothing like this has ever happened to a President of the United States before."

"After working and cooperating with the relevant Government agencies, this unannounced raid on my home was not necessary or appropriate," Trump announced in his statement.

A group of Trump supporters descended on the former President's home shortly after the announcement.

Many held pro-Trump signs, including ones for a presumptive 2024 campaign and even one for Trump's previous campaign with former Vice President Mike Pence 's name crossed out. One was publicly identifying as a member of the far right Proud Boys.