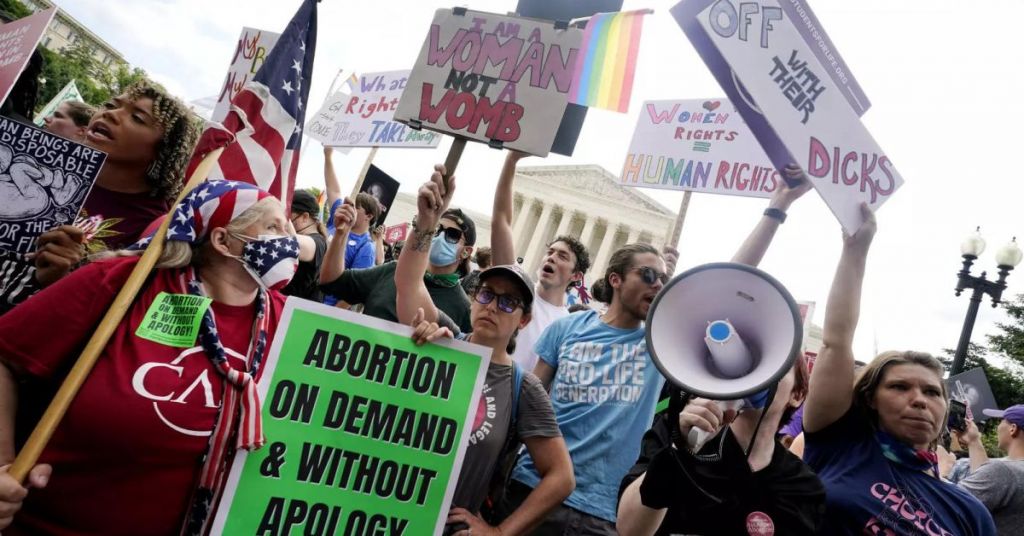 In Wednesday’s White House press conference, Press Secretary Karine Jean-Pierre called out the Supreme Court’s June overturning of Roe v Wade as "unconstitutional" and announced that an executive order signed by President Biden soon after would not violate the Hyde amendment.

"From day one, when the Supreme Court made this extreme decision to take away a constitutional right, it was an unconstitutional action by them, a right that was around for almost 50 years, a right that women had to make a decision on their bodies and how they want to start their families…" Karine Jean-Pierre explained to reporters on Wednesday.

In a separate question, one reporter pressed Jean-Pierre on how using Medicaid to fund travel expenses to obtain an abortion would not violate the Hyde amendment.

"On the proposal to have Medicaid fund travel expenses for women seeking an abortion, how would that not violate Hyde if it's using taxpayer dollars to pay for abortions?" the reporter questioned.

Jean-Pierre confirmed that the executive order would not violate Hyde and that "we follow the law here."

On Wednesday morning, it was declared that Biden would, later that day, be signing an executive order that would defend "the bedrock right to travel across state lines to seek reproductive healthcare in states where those services remain legal," according to a White House fact sheet.

Speaking with ABC News, a senior Biden administration official declared that this new executive order will enable for the Secretary of Health and Human Services Xavier Becerra to "invites states to apply for Medicaid waivers, so that states, where abortion is legal, could provide services to people traveling from a state where abortion may be illegal to seek services in their state."

The Hyde Amendment, passed in 1976, blocks the use of federal funding for abortions.

While federal funding cannot be used, states can circumnavigate this ban by using their own state’s funding to cover abortions for those with Medicaid insurance.

According to Planned Parenthood, 15 states presently use their funds to provide abortion services to those covered under Medicaid. An additional six states provide the service in specific cases, like ones where the mother's life is in jeopardy.

"Today, I'm signing the second executive order that responds to the health care crisis that has unfolded since the Supreme Court overturned Roe [v. Wade] and that women are facing all across America," Biden announced at the White House event.

It remained unclear how this change to Medicaid coverage would avoid legal run-ins with the Hyde Amendment. This federal law prohibits federal government dollars from being spent on abortion except in cases of rape, incest and to save the pregnant person's life.