Watch: Study Proves Police Use Of Force Is Far, Far Less Than Most Liberals Portray It 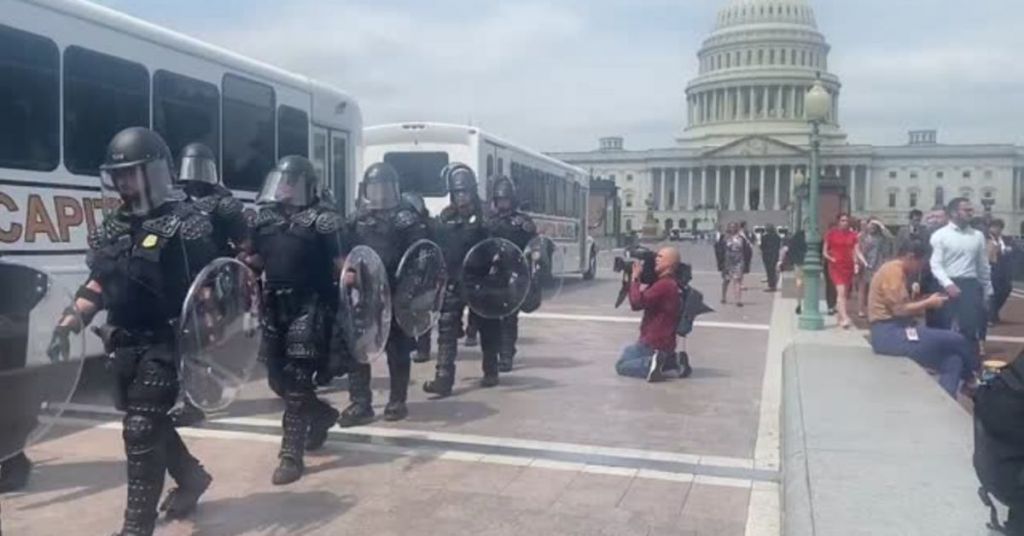 A new study reveals that police use force in only .78 percent of sampled arrests and fire their weapons at a rate of .03 percent.

According to The Daily Mail, the study's author is Rafael Mangual whose work has disproved the dominant narratives that police disproportionately target black and brown men and that criminal justice is actively working against them.

The study has been issued as part of Mangual's book, "Criminal (In)Justice: What the Push for Decarceration and Depolicing Gets Wrong and Who It Hurts Most."

The book sums up that long prison sentences are reserved for incarcerated prisoners for the most serious crimes and that the police are unfairly blamed.

Mangual announced, "A sober examination of the data on who goes to prison reveals that lengthy terms of incarceration are reserved for chronic, violent offenders who’ve already been given multiple 'second chances.'" The author stressed that 60.1 percent of those in state prisons were jailed for violent or weapons offenses. 36 percent of violent offenders committed their most heinous crimes while on parole or probation and 80 perfect of state prisoners will continue to commit more crime within 10 years of their release.

Mangual, a senior fellow at the Manhattan Institute, "makes a convincing case against the pursuit of 'justice' through mass-decarceration and depolicing" and rebukes the leftist idioms of defund the police and that the justice system is systematically racist.

The author's comments come after a gallup poll that reveals a majority of Americans are calling for police reform.

Mangual was raised in Brooklyn and Long Island announced that as crime in New York surges, almost half of the incidents are localized to 4 percent of the city's area.

Cotton announced it countered "soft-on-crime policies" from the "left's jailbreak movement." Barr called it a ‘powerful case’ against dropping the law-and-order approach that helped end America’s crime wave in the early 1990s.