Must See: This Tucker Carlson Interview Could Be The Most Telling About How Freedoms Are Being Eroded 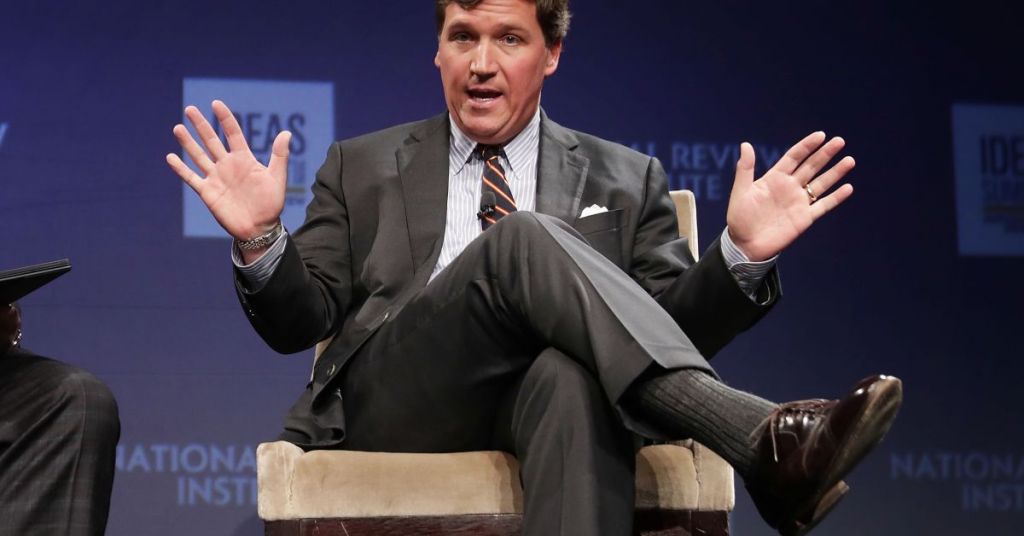 Trump-linked lawyer John Eastman criticized the Justice Department for searching him and taking his cellphone last week, condemning the department's authority as close to that of a British monarch.

Eastman contended the search warrant he got "is invalid on its face" and threatened his ethical responsibility to safeguard attorney-client privileges during an appearance on Tucker Carlson Tonight.

"The authority to seize all of my information in modern smartphones — that’s accessible to all my private financial records. It’s all my privileged communications with nearly a hundred different clients that I have currently," he explained on Fox News. "[This] is what we used to call a 'general warrant' that the British king issued to rummage through someone’s belongings to see if they can find evidence of some crime."

"This is just another reminder [for], anyone who didn’t vote for Joe Biden to erase your texts and emails every day," host Tucker Carlson replied.

Eastman has been widely considered as the brains behind endeavors to take a legal challenge against the 2020 election on behalf of former President Donald Trump. This has earned him heavy scrutiny from the House Jan. 6 committee. Last Wednesday, agents searched Eastman while he was leaving a restaurant, and he filed a motion Monday to recover his cellphone.

Carlson played footage of the search that showed Eastman demanding a warrant. The Trump-linked lawyer underscored that he did not know why authorities conducted the search.

"There is no indication of any crime that this is connected to," Eastman explained. "When they search and seize your property, they have to give a particular description of the things to be seized. Saying that it is identified in the affidavit if they don’t attach the affidavit doesn’t qualify. The courts have been very clear about that. This warrant is invalid on its face."

Eastman had been embroiled in a legal scrum with the Jan. 6 committee over subpoenas of his emails. He claimed in court that those emails were held by attorney-client privilege, but he was eventually forced by a judge to turn thousands of pages' worth of them over to the panel.

Carlson routinely tops the charts as the most-watched cable news prime-time show in the country. He has used his platform to criticize the Jan. 6 committee and defend guests such as Eastman who he believes have been unfairly scrutinized by the committee and Justice Department.

During his introduction for Eastman, Carlson reminded viewers of Trump ally Steve Bannon, who is facing a contempt of Congress charge. He described such actions as "Stalinist overreach." Last week, he invited Jeffrey Clark, who also faced a search from law enforcement last Wednesday. Clark highlighted the timing of the search, which took place the day before the fifth public summer hearing by the Jan. 6 committee in which he was featured heavily. Eastman noted the financial toll the inquiries had taken on its targets and asked viewers for donations.