Must See: Progressives Can't Deal With Not Getting Their Way, This Pocahontas Rant Proves It 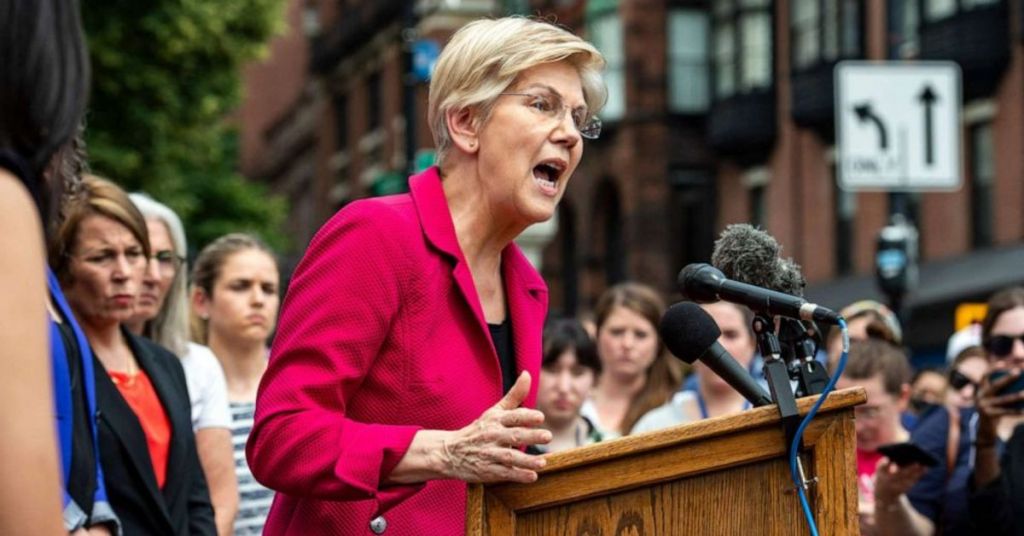 In an interview on ABC News’ “This Week,” the progressive Democrat ticked off several choices by the high court that reflected its more conservative direction.

“This court has lost legitimacy,” she announced. “They have burned whatever legitimacy they may still have had after their gun decision, after their voting decision, after their union decision. They just took the last of it and set a torch to it with the Roe v. Wade opinion. I believe we need to get some confidence back in our court, and that means we need more justices on the United States Supreme Court.”

"I believe we need to get some confidence back in our court and that means we need more justices on the United States Supreme Court. We've done it before, we need to do it again." (Warren has previously called for expanding the number of justices, including in an op-ed in The Boston Globe in December.)

According to Warren, Republicans “have been very overt about trying to get people through the court who didn't have a published record on Roe but who they knew, wink, wink, nod, nod, were going to be extremist on the issue of Roe v. Wade.”

“When Roe v. Wade first came down, there was a tiny minority that really put a lot of energy in effect for themselves and for Republicans, putting Roe on the ballot over and over,” Warren went on.

“But on the ballot didn't mean try to get it through the Congress, because they knew they couldn't do that. They're not even close to having national support for that. So instead it was about getting extremist judges into the United States Supreme Court. And let's see how much credibility those justices have now.”

Warren claimed that individual rights have never been left to the states.

“The whole idea is that women are not second-class citizens,” she announced.

"And the government is not the one that will decide about the continuation of a pregnancy. There's no equivalent there for men. So what we believe is that access to abortion, like other medical procedures, should be available across the board to all people in this country.”

“We bring them in, then we've got the votes, and we can protect every woman, no matter where she lives,” Warren announced.