Watch: Antifa Speak Of 'Stalin' As If He Wasn't A Mass Murderer 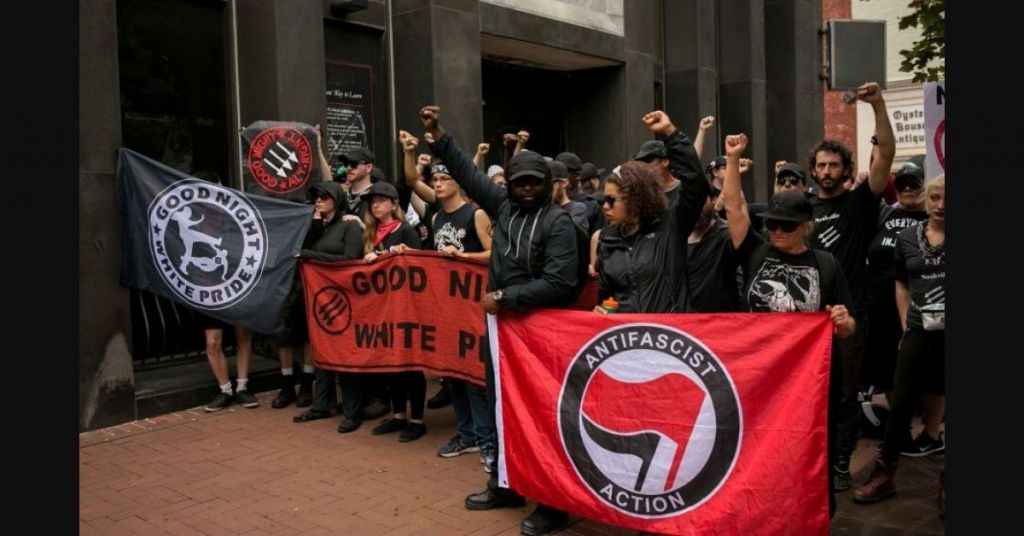 Thousands of left-wing demonstrators assembled in London on Saturday to march against the increasing costs of living, and among those in attendance included members of Antifa who yelled the names of communist leaders and dictators that they idolize.

Members of the radical group paid homage to prominent communist leaders including Joseph Stalin, Che Guevara, and Ho Chi Minh, all of which whose policies have killed millions of people.

After a sea of red flags, Antifa militants clothed in black chanted, "Ho, ho, Ho Chi Minh! Che Guevara! Stalin!," as they hid their identities behind red masks, symbolizing their backing for communism.

The Guardian reports that demonstrators marched from Portland Place to Parliament Square for a rally against the government's lack of action in tackling the increasing costs of living, describing it as a "crisis."

Frances O'Grady, general secretary of the British Trades Union Congress (TUC), organized the event and expressed that increasing workers wages is the only way to combat the "cost of living crisis." She stated that wages have stayed at a standstill for over a decade.

"Prices are skyrocketing, yet boardroom bonuses are back to bumper levels," O'Grady announced. "Everyone who works for a living deserves to earn a decent living, but UK workers are suffering the longest and harshest squeeze on their earnings in modern history."

"If we don't get pay rising across the economy, we will just keep lurching from crisis to crisis. This cost of living emergency has not come out of the blue. It is the result of more than a decade of standstill wages," she explained to PA Media.

O'Grady announced it was “gut wrenching” to hear how workers were struggling, with no safety net to fall back on and the pay slump showing little sign of slowing.

O'Grady blamed the conservative party for being the "party of pay cuts," and blamed the government for turning its back on those who continued to work during the entirety of the COVID pandemic, further accusing Boris Johnson.

O'Grady claimed that Boris Johnson was "cynically abandoning" his commitment to a high-wage economy.

"He and other ministers are treating workers like Oliver Twist by telling them not to dare ask for a decent pay rise," she announced. "The last thing we need right now is for wages to be held down. We cannot be a country where nurses have to use food banks to get by."