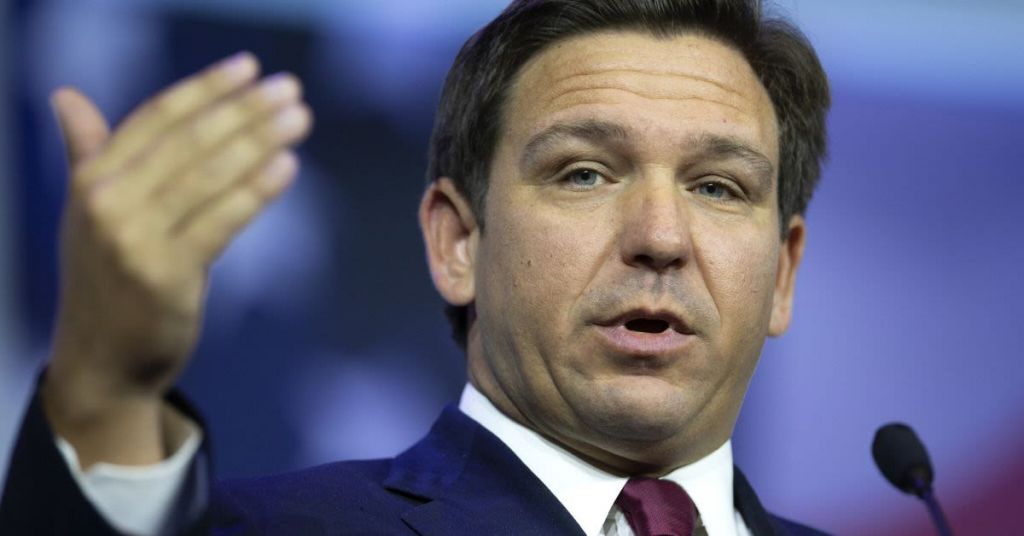 Florida Gov. Ron DeSantis revealed a string of actions Friday in response to the crisis at the southern border.

"Illegal aliens are being smuggled across the border in record numbers, which the reckless policies of the Biden administration facilitate," the Republican governor said. "Today, Florida has taken additional action to protect our state from the effects of what is a full-fledged border crisis."

The first action is the establishing of a strike unit to curb human smuggling, human trafficking, and the flood of illegal weapons being passed through Florida.

Local and state law enforcement agencies will come together to form the force, according to a press release shared with the Washington Examiner.

"In the span of just three days, in Northwest Florida, law enforcement interdicted five illegal aliens from Honduras and two from El Salvador who was arrested and charged with human smuggling or solicitation to commit human smuggling," the release reads. "The strike force also recovered almost four grams of fentanyl, which is enough to kill nearly 2,000 Floridians."

The next effort involves DeSantis filing a petition with the Florida Supreme Court to impanel a statewide grand jury to examine human trafficking.

The body will "identify and investigate persons and international human smuggling networks that move illegal aliens, particularly children, across the southwest border to more desirable states such as Florida," according to the release.

DeSantis's third and final action was the signing of "sweeping" legislation prohibiting aid and assist to "secretly resettling" illegal immigrants into communities across the state.

The legislation "prohibits a governmental entity from executing, amending, or renewing a contact with a common carrier if the carrier is willfully providing any service in furtherance of transporting an unauthorized alien into the State of Florida knowing that he or she is an unauthorized alien, except to facilitate the detention, removal, or departure of the unauthorized person from Florida or the United States."

Now think of Florida Gov. Ron DeSantis (R), whose wife Casey is said to be endorsing his 2024 White House ambition five months before his (presumed) reelection as governor. That soft bombshell was recently dropped in a Washington Post article called: “The shadow race is underway for the Republican presidential nomination.”

The Post reported, “DeSantis’s wife, Casey, a former television host and among a small circle of confidants, wants him to run for president.” It’s newsworthy only because Florida’s first lady wields tremendous power as the governor’s most influential adviser.

Polished and articulate, Casey DeSantis, age 42, is camera-ready from her Emmy award-winning television career — expecting her current title on the nation’s most prestigious set. Casey’s personal support of her husband, now publicly revealed, helps us answer “yes” to the second most-asked question in the 2024 GOP stratosphere: “Will DeSantis run if Trump runs?” (Naturally, “Will Trump run?” is first.)