Watch: Dems Plan Strategy For When Roe Is Overturned 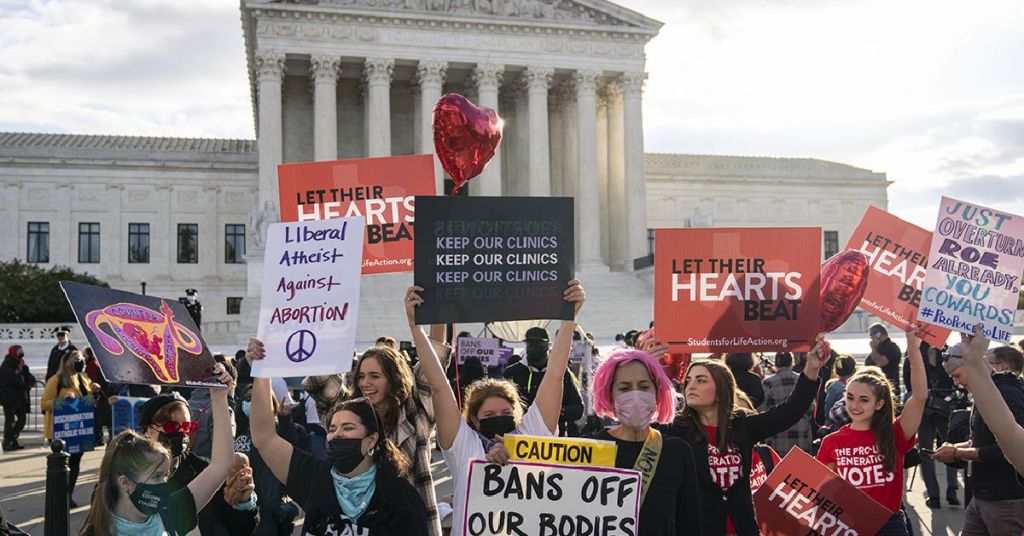 The White House said Thursday it is considering its options if the Supreme Court cancels current precedents on abortion rights but also puts the ball squarely in Congress’s court.

A decision is coming this month, possibly as early as Monday, in the Dobbs v. Jackson Women’s Health Center case. Based on a leaked draft opinion, it seems there is a majority in favor of overturning 1973’s landmark Roe v. Wade ruling and 1992’s Planned Parenthood v. Casey.

However, President Joe Biden’s chief spokeswoman also said it would take an act of Congress to back legal abortion. “If the Supreme Court overturns Roe, we will need Congress to take action to restore Roe,” she said.

The Senate has taken up federal abortion rights legislation in expectation of Dobbs. The bill, which went beyond codifying Roe, failed, with a majority voting against it.

Liberals have been discouraged by the rate at which Biden has embraced executive action to address gun violence, abortion, immigration, and other concerns. The White House has often found its legal options limited, and courts have rebuffed the administration when it has pushed the envelope in the past.

Congress has not operated much better. The Senate is split 50-50, only under Democratic control because Vice President Kamala Harris holds a tie-breaking vote. Still, that leaves Democrats 10 votes short of being able to overcome Republican filibusters, and they rely on the least Liberal members of their caucus to pass legislation, even through the partisan reconciliation process.

This has meant Senate Democrats have been incapable of passing their preferences on social welfare and climate spending, voting, and filibuster reform, as well as abortion.

Democrats have had more success passing bills in the House, but their five-vote majority is about to drop to four after the Republican victory in Texas’s 34th Congressional District on Tuesday night.

Those small majorities are on the ballot this November, further imperiled by Biden’s low job approval ratings and perceived inaction. The White House has tried to use Roe’s precarious position as a rallying cry for this year’s elections.

Five Conservative justices nominated by Republican presidents are believed to be in favor of reversing Roe, with Chief Justice John Roberts’s vote still undecided. Three of them were appointed by former President Donald Trump, who lost the 2020 election to Biden. Biden’s choice for the Supreme Court, Judge Ketanji Brown Jackson, will not be seated until after the decision is handed down but would not alter the outcome.