Must See: Slow-Joe-Don't-Know - Biden Appears Confused When Questioned About His Travel Plans 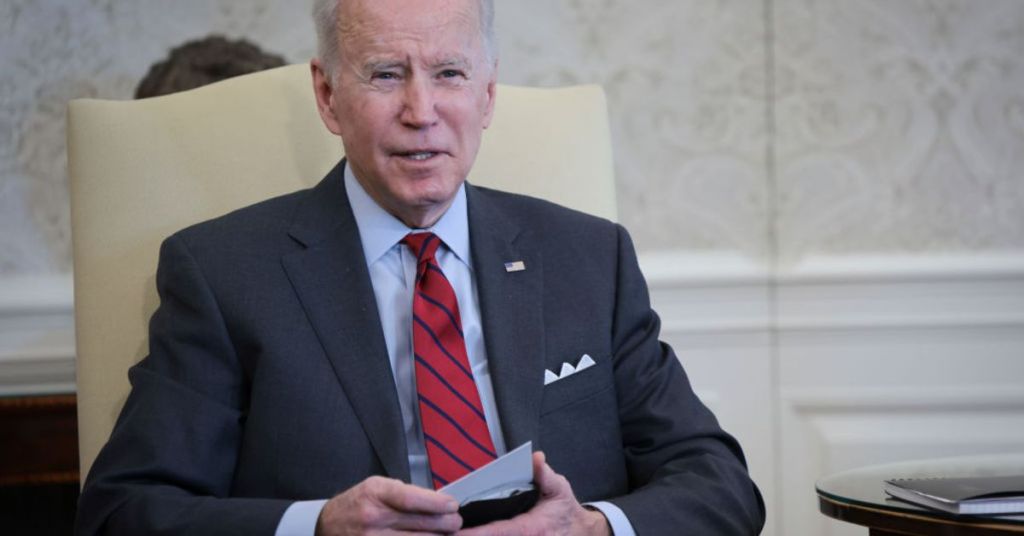 President Joe Biden explained to reporters that he hadn’t determined whether to visit Saudi Arabia to beg for more oil before seconds later, stating he was planning a trip there.

“Have you decided whether or not to go to Saudi Arabia,” Biden was questioned by a reporter.

“No, not yet,” the President replied to the camera.

Yet moments later, as Biden spoke on the tarmac in Los Angeles at the foot of Air Force One, the President announced that he was, in fact, going.

“What would be holding up the decision at this point? Are there commitments from the Saudis you’re waiting for?”

“It happens to be a larger meeting taking place in Saudi Arabia. That’s the reason I’m going,” he announced. “It has to do with national security with the Israelis. It has to do with much larger issues than energy.”

The White House is supposed to declare the trip to Saudi Arabia and Israel this week, a source familiar with the planning explained on Sunday.

Biden’s trip, which is expected to take place around mid-July, could include a meeting with Saudi Crown Prince Mohammed bin Salman, the source continued.

A spokesperson for the National Security Council confirmed a Biden trip to Israel and Saudi Arabia was being planned. “We have no further trip details to confirm, but we will announce as soon as we do,” the spokesperson stated.

The White House has announced that Biden feels that the crown prince is a “pariah” for his part in the killing of a political opponent, Washington Post journalist Jamal Khashoggi, in Turkey in 2018.

Khashoggi’s murder at the Saudi consulate in Istanbul tainted the crown prince’s image as a reformist. The Saudi government has rejected any involvement by him.

The visit would be aimed at bolstering ties with Saudi Arabia at a time when Biden is attempting to find methods to lower gasoline prices in the United States.

Gas prices have shot up in recent months amid Russia’s continued assault on Ukraine and the subsequent sanctions western countries have imposed on Russian oil, which pulled over 1 million barrels of oil off global markets.

In March, President Joe Biden declared that the United States would ban Russian oil and natural gas, cautioning Americans that “defending freedom is going to cost.”

But gas prices were already high at the time because of increased demand as the economy began to recover from COVID-related shutdowns, as well as increased travel demands going into the summer.

At the same time, though, many oil companies closed some of their refineries as demand plummeted during the pandemic.

By Saturday, the national average price of gasoline got to $5 a gallon - up 60 cents from a month ago and up almost two dollars from only one year ago, according to the New York Times.