Watch: Biden's First Days At Summit Of The Americas 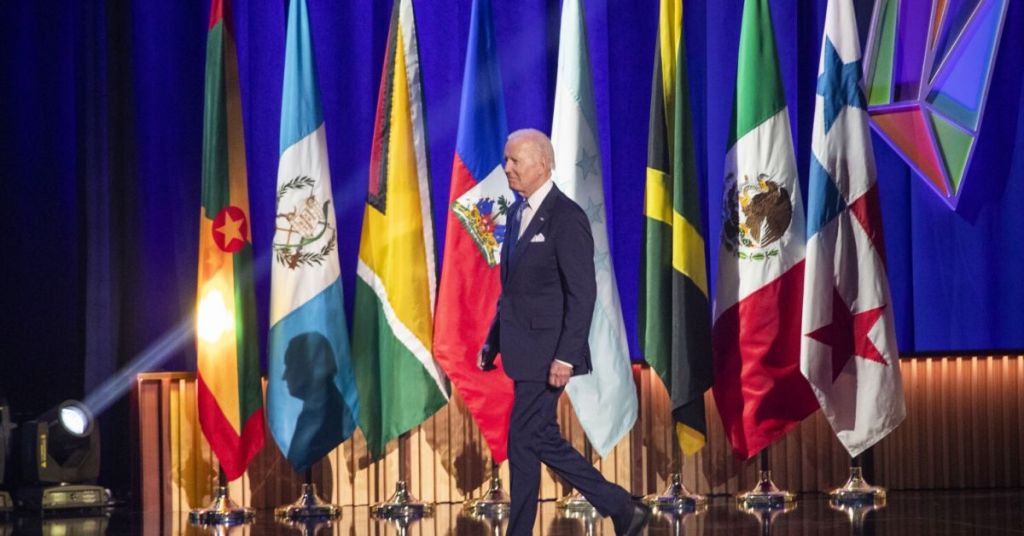 President Joe Biden started the Summit of the Americas in Los Angeles Wednesday evening with a Holly-wood style opening ceremony at the Microsoft Theater - generally a platform for the Emmys.

“We meet again today in a moment when democracy is under assault around the world, let us unite again and renew our conviction that democracy is not only the defining feature of American history, but the essential ingredient to America’s future,” the President announced.

Before the summit, Mexican President Andrés Manuel López Obrador announced he would boycott the assemblage of the leaders of North, Central, and South America over the U.S.’s intention not to invite the authoritarian heads of Cuba, Venezuela, and Nicaragua.

Biden stuck with the snub - and López Obrador made good on not showing.

“Our region is large and diverse. We don’t always agree on everything. But because we are democracies, we work through our disagreements with mutual respect and dialogue,” Biden said to the crowd.

Several heads of state were present, including Canadian Prime Minister Justin Trudeau and his wife - who Biden hugged when they greeted instantly before the inaugural program. Vice President Kamala Harris gave comments welcoming the crowd to her home state of California, as did Gov. Gavin Newsom and LA Mayor Eric Garcetti.

As Biden went through some of the aims of the summit, he further claimed to leaders that “safe and orderly migration” helps the region.

“Unlawful migration is not acceptable,” the President announced. “We will enforce our borders.”

Besides the Mexican President, the heads of the three Northern Triangle nations - Guatemala, Honduras, and El Salvador - which are accountable for most migrants crossing into the United States, are not attending the summit.

The President was briefly interrupted by a single, female protester at the start of his comments. She went on yelling as she was walked to the back of the theater by security.

The President had followed a song-and-dance number, complete with percussionists roaming through the theater, that had been assembled by Emilio Estefan, who’s long been active in Democratic politics.

“I probably should stop right here, I’ve followed some difficult acts in the past ... but not such a difficult act as I’ve seen in the last 45 minutes up here,” he announced - a comment meant for the performers yet worked for the protester too.

The inaugural program further included performances from Colombian singer Jorge Celedon, Mexico’s Alex Fernandez, and the Mariachi Divas Espectacular - which, as the name implies, is a large Mariachi ensemble. Cirque du Soleil acrobats dangled from the stage to a rendition of “Lean on Me” performed by The Tenors, with the musical accompaniment done by “The President’s Own” Marine Band.