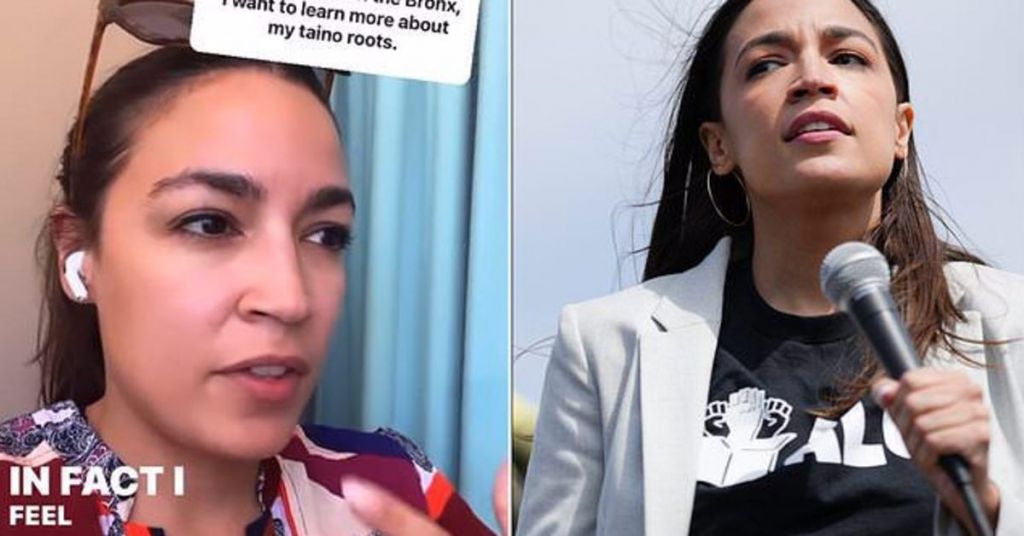 Democratic Socialist Representative Alexandria Ocasio-Cortez announced that she has "awakened" to her "indigenous heritage." Of course, this is after she boasted last year of having Sephardic Jewish roots, and at a fundraiser two years ago exclaimed her heritage was African - it seems AOC who complains about cultural appropriation all the time is the biggest cultural appropriator.

Ocasio-Cortez, who is truly Puerto Rican, states she is part Taino - the people indigenous to the Caribbean who lived in places like Cuba, Jamaica, Puerto Rico, The Bahamas, and the northern Lesser Antilles. Of course, that does not explain her African or Sephardic Jewish roots - but that is not important today, asking her about it will only result in her lashing out about 'inner truths' .

During an Instagram live Q&A, she announced that meeting American indigenous groups while opposing the Standing Rock Pipeline in North Dakota made her want to connect with those roots.

"One of the things that first started awakening and connecting me deeply to my indigenous heritage was connecting to the Lakota Sioux at Standing Rock," Ocasio-Cortez stated.

"It really just clicked that this is nuts, like, the grace that they extended to say 'no, you are a relative,' was really formative for me. While we may not be and come from the same exact lineage, there is a commonality to that ancestry," she went on.

"And it's important for us to recognize that we were raised and we were told growing up that we were extinct, that Tainos don't exist, and it's really important for Puerto Ricans to understand that that narrative is being challenged right now."

Ocasio-Cortez is not the first Democratic member of Congress to claim the indigenous heritage, as Senator Liz Warren infamously made headlines by taking a DNA test to attempt and prove her Native American heritage.

Warren eventually apologized to the Cherokee Nation after issuing the results of a DNA test that showed just a tiny sliver of her ancestor was Native American.

Former President Donald Trump began calling Warren "Pocahontas" in the spring of 2016 to blunt her attacks as she threatened to become a key surrogate for his presidential rival Hillary Clinton.

Ocasio-Cortez has mentioned many different cultures as part of her heritage, claiming to come from European, Jewish and African ancestry.

She explained to a Hanukkah service in 2018 in Queens that her family came from Sephardic Jews who escaped the Spanish Inquisition.

"As is the story of Puerto Rico, we are a people that are an amalgamation," she stated. "We are no one thing. We are Black; we are indigenous; we are Spanish; we are European."

She continued in the Instagram Q&A to say that Taino culture has been appropriated by Americans without accreditation, citing the Taino deity "Juracan" of chaos and disorder helping form the root of the word hurricane.

The New York City rep is in Puerto Rico this weekend with her fellow members of Congress to sit in on events discussing possible statehood. Ocasio-Cortez backs self-determination for Puerto Ricans regardless of status.