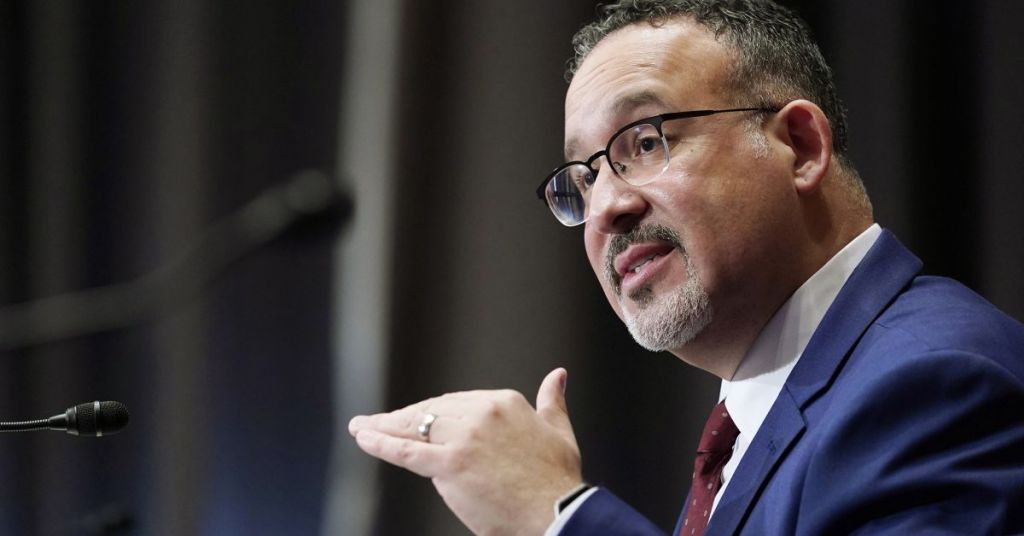 U.S. Secretary of Education Miguel Cardona declined to say that parents should be told if their child is experiencing a gender transition at school during congressional testimony on Thursday.

The secretary’s non-answer came under challenge before the House Education and Labor Committee by Rep. Jim Banks (R-IN), who repeatedly asked Cardona if he thought schools should keep a student’s gender transition secret from their parents.

“Parents and schools must work together to support students,” Cardona said, adding that the “policies and practices” enacted by the administration indicated that.

“Should schools ever keep it a secret from parents if their children are involved in gender transition?” Banks asked again.

Cardona replied: “Schools should be partnering with parents on communication, and there are times when schools are working and supporting students on issues that are very sensitive, but I do believe that parents should be connected with schools, and, in many cases, working together is what’s going to help the student.”

“I have spoken to students who shared, whatever situation is at their home, that they felt safe at the school, and we have to be careful not to turn this into something that it’s not,” the secretary continued. “Our schools are safe places for our students, and our teachers are often the front-liners when it comes to supporting our students when they have issues in their lives.”

Cardona’s response did not please Banks, who stressed that it was “a very bizarre answer” before yielding the rest of his speaking time.

Several school districts across the country have embraced policies denying staff from notifying parents if their child decides to identify as transgender while at school. Many mention Department of Education guidelines as the reason for the policy.

“Prior to the [suicide attempt], A.P. had not exhibited any signs of gender confusion or questioning of her biological sex,” the lawsuit says. “In fact, just before the incident she had told her mother that she believed that people who say they are transgender have a problem with their minds because ‘if you’re a boy, you’re a boy, if you’re a girl, you’re a girl.’”

The court filing says that A.P. and the school had aimed to not disclose to her parents her transgender identity due to their Catholic faith, which teaches that sex and gender are immutable.