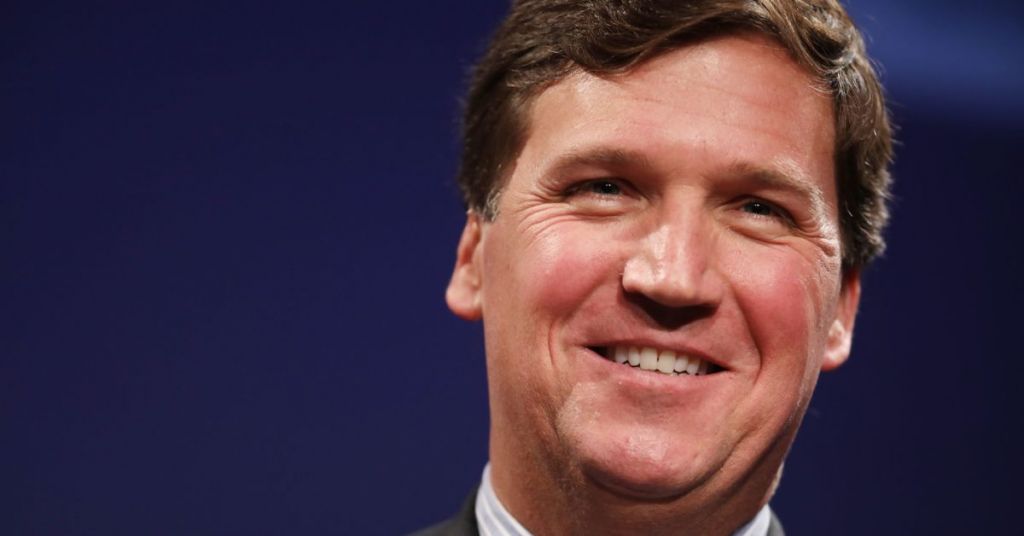 On Monday, Harris was given a Children’s National Hospital tour in Washington, DC, in honor of mental health awareness month.

During her visit, Harris and U.S. Surgeon General Dr. Vivek Murthy issued a warning Monday regarding burnout among the country’s health care staff after over two years of the COVID-19 pandemic.

Tucker seized on Harris’ gaffe, stating that the Biden camp hid her ineptness during the campaign and is now keeping her occupied with busywork.

“So, you never heard anything about Kamala Harris during the 2020 presidential campaign that wasn’t about her inspiring firstness. She’s Black and Indian. She’s a first, she must be excited,” Carlson stated on his show Monday night. “So she gets elected in the country and wakes up the next morning and realizes, ‘Wait, we just elected a low-I.Q. wine mom as Vice President.’”

“So the Administration tried to give her jobs,” Carlson continued. “‘Hey, fix the border. Wait, get Russia to pull back and not invade Ukraine.’ That didn’t work. So now she’s become – and a lot of people do become this in middle age – just kind of a freelance philosopher.”

“She’s like a dyslexic poet with a limited vocabulary, she just kind of bombs around the country emitting words. And they’re hilarious,” the Fox News host went on.

Carlson then continued to ridicule her “children of the community” remark and her description of electric buses, where she declared: “On an electric bus, no exhaust. No diesel smell.”

In a March speech, Harris announced the phrase “significance of the passage of time” four times in 30 seconds when talking about helping bring high-speed internet to rural areas.

In what seemed to be an off-script opening to her speech, the Vice President announced: “The Governor and I and we were all doing a library tour here and talking about the significance of the passage of time. Right?”

“The significance of the passage of time,” she repeated.

She went on: “And there is such great significance to the passage of time when we think about a day in the life of our children and what that means to the future of our nation, depending on whether or not they have the resources they need to achieve their God-given talent.”