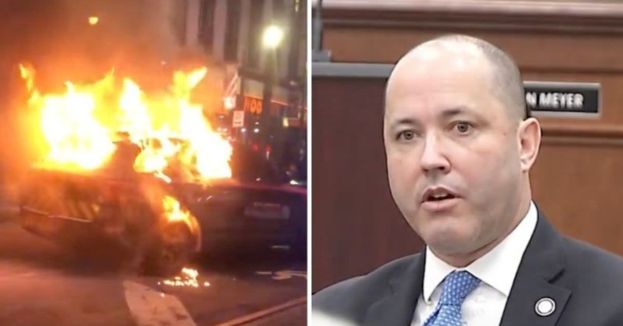 In the wake of the protests of a planned Atlanta police training center that turned violent, Georgia Attorney General Chris Carr has taken the lead in domestic terror cases. According to The Post Millennial, the AG promised that anyone who crossed the line into criminal activity would be held accountable.

"We will not allow the attempted destruction of our community through acts of violence and destruction," Carr said. "These acts are completely unacceptable and will not be tolerated. Our law enforcement officers will ensure that those who commit crimes are brought to justice."

The protests outside the Atlanta police academy were led by anti-fascist activists who sought to oppose the police's presence in the city. The protests turned violent and resulted in property damage and a few minor injuries.

The police responded by arresting several of the protesters and charging them with multiple counts of criminal mischief and disorderly conduct. According to the Georgia Recorder, the police are also investigating whether the protesters were involved in any other crimes, such as arson or inciting a riot.

Carr has taken a zero-tolerance approach to violence, vowing to prosecute anyone who commits these types of crimes. He further warned that anyone who violates the law would face serious consequences.

"We will not allow anyone to commit acts of violence and destruction with impunity," Carr said. "We will use all available legal options to hold them accountable. We will not back down until the criminals are brought to justice."

Carr is also working with other agencies to ensure that the law is enforced and that the rights of all citizens are protected. He believes that peaceful protests are a fundamental right of citizens, but violence and destruction are not acceptable.

The events in Atlanta have highlighted the need for increased enforcement of laws that protect citizens from violence and destruction. As Carr has said, the safety of all citizens is a priority and must be taken seriously. The Attorney General's commitment to ensuring that those responsible for criminal acts are held accountable is a positive step in the right direction.