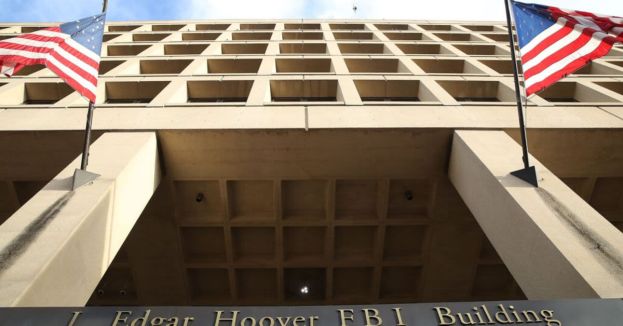 Former FBI agent Charles McGonigal, who was part of the Russia investigation, was just arrested over alleged ties to Russia that he had himself.

CBS reports that McGonigal’s arrest came from his ties to Oleg Deripaska, a Russian billionaire sanctioned by the United States and criminally charged with violating those sanctions last year.

Michael Driscoll, the FBI assistant director in charge, stated in response to this arrest that read in part:

“The FBI is committed to [the enforcement of] economic sanctions designed to protect the United States and our allies, especially against hostile activities of a foreign government and its actors.”

The Post Millennial reports that Driscoll continued by saying:

“Russian oligarchs like Oleg Deripaska perform global malign influence on behalf of the Kremlin and are associated with acts of bribery, extortion, and violence.”

“As alleged, Mr. McGonigal and Mr. Shestakov, both U.S. citizens, acted on behalf of Deripaska and fraudulently used a U.S. entity to obscure their activity in violation of U.S. sanctions. After sanctions [are] imposed, they must be enforced equally against all U.S. citizens to be successful. No exceptions exist for anyone, including a former FBI official like Mr. McGonigal.”

McGonigal was arrested at JFK Airport after he arrived back in the United States following a trip to Sri Lanka. CBS reports that McGonigal “is charged with violating U.S. sanctions by trying to get Deripaska off the [sanctions] list.”

The Department of Justice has stated that McGonigal and Shestakov agreed to investigate a Russian rival of Deripaska after being promised payments for doing this type of work. According to the DOJ report, they also face accusations of forging signatures and receiving funds through shell companies.

CBS reports that they are facing money laundering charges, among others, and “Each of four counts carries a maximum sentence of 20 years in prison.”

Many note the irony that someone investigating Trump for possible ties to Russia had such profound and illegal connections to Russia himself. It is yet another sign that the FBI has some skeletons in its closet, even as it tries to make it seem like Trump is the bad guy.