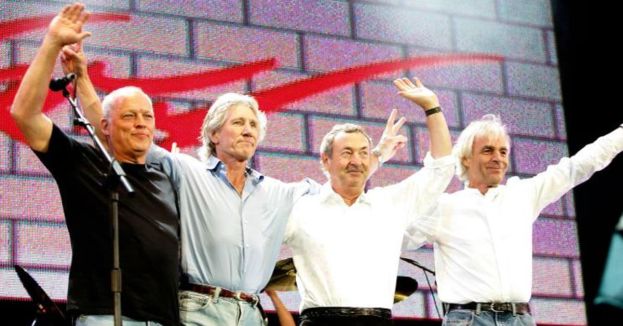 Pink Floyd fans are not exactly pleased with the artwork on the latest album by the band.

Newsweek reported that Pink Floyd would release the 50th anniversary of its “Dark Side of the Moon” album, originally put out in 1973. The announcement appeared on the band’s social media accounts, including a picture of the updated cover art for the album. That updated art plays off of the rainbow prism that was so popular on the original album.

The New York Post reports that plenty of fans cheered the album’s release, but some say the new cover art is a nod to “wokeism.”

“Why does there have to be a bloody woke rainbow?”

Donna Bradshaw also put out a now-deleted tweet that stated, in part:

“Longtime fan. Do you now have handlers? Kanye has exposed this part of the industry. Been listening to your music since the 70s. Let’s see your response.”

Travis Akers also tweeted about this situation and said:

“Pink Floyd updated their profile picture to celebrate the 50th anniversary of the Dark Side of the Moon, and the replies are… something.”

Many fans or former fans took issue with the fact that Pink Floyd leaned in so heavily on the rainbow. The rainbow symbol is commonly used by the LGBTQ+ community today as a symbol of pride and unity. Thus, the symbol has taken on specific symbolic and divisive meanings for many different kinds of people.

“Dear anti-wokes who clearly don’t understand Pink Floyd, maybe looking at the album cover for Dark Side of the Moon will add some much-needed clarity.”

Another contributed the following thoughts:

“Me watching everyone freak out about Pink Floyd’s continued use of a rainbow on the cover of ‘Dark Side of the Moon despite it being a longstanding tradition for the past 50 years.”

While opinions have varied regarding the re-release of the Dark Side of the Moon album, more than a fair few are disappointed to see so much wokeness attributed to a classic band.