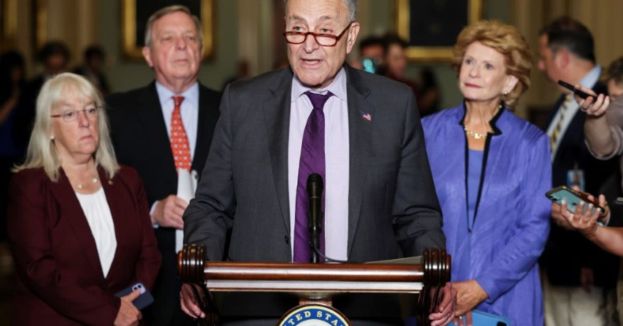 A gunman killed ten people during Lunar New Year celebrations at a ballroom in Southern California.

Soon afterward, the left instantly took to Twitter, blaming racism and hate towards Asians for the shooting.

According to Fox News, “Sen. Chuck Schumer, D-N.Y., tweeted: ‘We must stand up to bigotry and hate wherever they rear their ugly heads, and we must keep working to stop gun violence.’”

He wasn’t the only one. Fox News says, “Rep. Adam Schiff, D-Calif., said Saturday’s shooting was ‘A horrific example of needless gun violence. With bigotry toward AAPI (Asian American Pacific Islander) individuals as a possible motive.’” Wisconsin Representative Francesca Hong stated that the United States is a broken nation and said it’s not okay for white supremacy to terrorize others as she went along with the belief that it was a white person that hates Asians.

Before long, the hashtag #stopasianhate was trending. This was long before police released information about the suspect. Little is known about the suspect, but enough information has been released to dispel the rumors that the left has started. According to Fox News, “Though not all details were known Sunday afternoon, authorities say that the suspected gunman was an Asian man between the ages of 30 and 50.”

Authorities are still searching for the suspect. They released a close-up image of an Asian man taken from the incident. He was wearing sunglasses and a hat. They said they knew his name but were not releasing it. According to authorities, it’s because it would make it more difficult to catch him.

It’s believed that the shooting is the result of a domestic dispute. However, as usual, the left wants everyone to think it’s because of white supremacy and hatred toward a particular group. Then, they’ll use that narrative to support taking away everyone’s guns even though it was an Asian killing Asians.