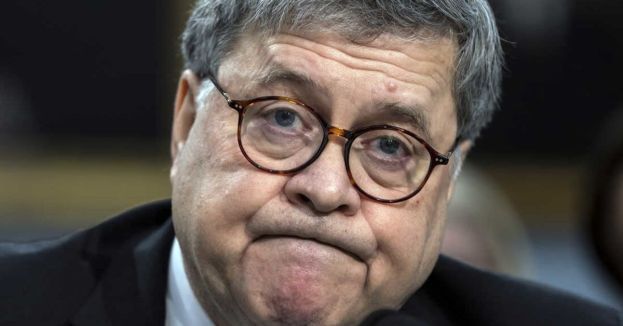 The Daily Caller reports that Former Attorney General Bill Barr defended his handling of the Mueller Report when he was interviewed on “Real Time with Bill Maher” on Friday.

The Mueller Report was an investigative report that sought to determine if there was any possible collusion between former President Trump and the Russian government.

According to the Daily Caller’s report, HBO comedian Bill Maher said that Barr was “shady” in handling the report. Maher insisted that Barr had mischaracterized the nature of the report and the kind of things contained within it. The former Attorney General revealed in 2019 that the report found no evidence of obstruction of justice by President Trump.

Maher told Barr: “That’s not what Mueller said,” and, “He said, ‘if we had confidence that the president did not commit obstruction of justice, we would have so stated.’ I feel like that was shady, Bill. I just had to get it off my chest.”

Barr responded: “On March 5, when he told me what he was doing, I said you have to give me a report I can make public quickly. It has to be redacted,” and “Because the day you give me the report, everyone’s gonna be speculating—”

Maher jumped back in at this point and said: “I heard him. Did you give that?” The former Attorney General insisted that he did not.

Mueller was appointed Special Council in the Russia investigation in 2017 by then-Deputy Attorney General Rod Rosenstein. The purpose of the investigation was to uncover if President Trump colluded with the Russian government in any way during the 2016 election. The final report from Mueller came out in 2019 and revealed no collusion between Trump and Russia.

Mueller provided Barr with the unredacted report that couldn’t be released to the public for weeks. Barr insists that he had to make a public statement, given the massive public speculation about what was in the report.

Maher argued: “Well, you framed it as if he were innocent, and everything else argued against that.” However, Barr insisted that is not what he did. He feels that he fairly categorized the findings in the report and had to put out information from the report to the public as soon as possible, given the high demand for that information. That was why Barr stated things the way that he did.