The Movement Is Alive And Kicking: March For Life Sees A BIG Turn Out From New Demographic (Video) 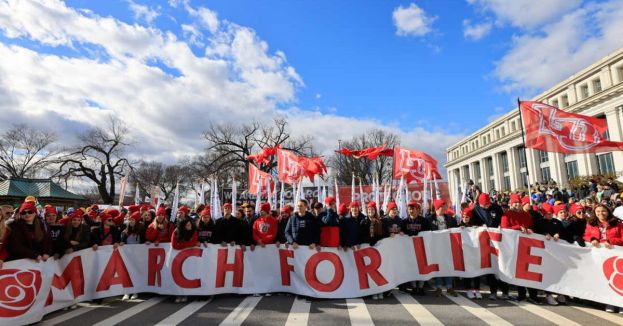 The annual March for Life in Washington, DC, just wrapped up, and many are looking at it as a massive success in protesting the ability for people to have abortions in the United States.

Fox News reports that faith leaders and many others attend the event each year and talk about the importance of fighting for the unborn, even as they have chopped up a significant win with the Supreme Court decision on June 24, 2022, that overturned Roe v Wade and allowed the states to create their abortion laws.

Patrick Purtill, director of legislative affairs for the Faith & Freedom Coalition, sent an e-mail to Fox News Digital that stated: “This year’s March for Life was a hopeful sight,” and “Even in a post-Roe world, there was a large crowd dominated by young, joyful advocates for life.”

Purtill is thrilled to see the excitement among young people joining the movement and helping to keep it alive and well. It wasn’t a guarantee, and some people on the political Left didn’t think it would happen. However, young people are showing up in big numbers to put their stamp on the abortion debate.

The Faith & Freedom Coalition is a grassroots organization based in Georgia. It boasts approximately 2 million conservatives and other people of faith who “support time-honored values, stronger families and individual freedom,” according to the organization.

“As we marched on this historic day — the 50th annual March for Life — we celebrated the repeal of Roe v. Wade, but we also recognize that the fight to protect life is not over.”

There is still a strong and vibrant movement, and young people are also jumping on it.