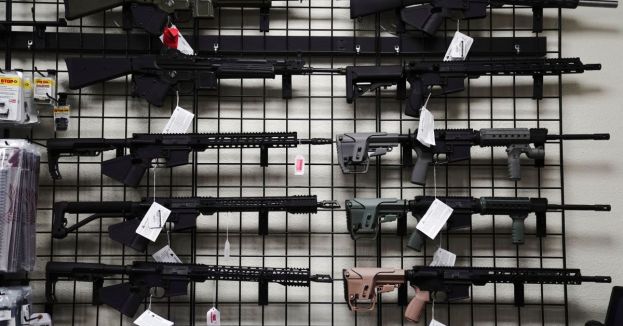 An Illinois judge stepped in to block a gun control law deemed unconstitutional by that judge from taking effect in the state.

Effingham County Judge Joshua Morrison placed a temporary restraining order on the new gun control law after Republican candidate for attorney general Tom DeVore sued to try to prevent the measure from going into effect. Fox News reports that DeVore represents 87 Illinois counties in the lawsuit, and DeVore states that the law is "an outright attack on the constitutional rights of lawful gun owners across the state."

The judge's ruling applies only to 850 plaintiffs and four licensed gun dealers mentioned in the lawsuit.

According to Fox News, Governor Pritzker said he wasn't surprised by the ruling. However, he said that he feels that the plaintiffs in this lawsuit are putting ideology above public safety. The Governor stated the following:

"We are well aware that this is only the first step in defending this important legislation."

"I remain confident that the courts will uphold the constitutionality of Illinois' law, which aligns with the eight other states with similar laws and was written in collaboration with lawmakers, advocates, and legal experts."

Judge Morrison wrote the following in his ruling:

"Due to the speed with which this bill was passed, the effect to protected classes could not have been considered, nor could the Legislature have studied if this was the least restrictive way to meet their goal."

Governor Pritzker signed the measure on January 10, 2023, in response to a mass shooting in Highland Park during a July 4th celebration. That shooting left seven people dead and 30 people injured. The law bans ownership of specific types of guns by residents of Illinois. It also limits the number of bullets carried in cartridges to 10 rounds for a long gun and 15 for pistols. Those are some of the tightest restrictions on guns in the country.