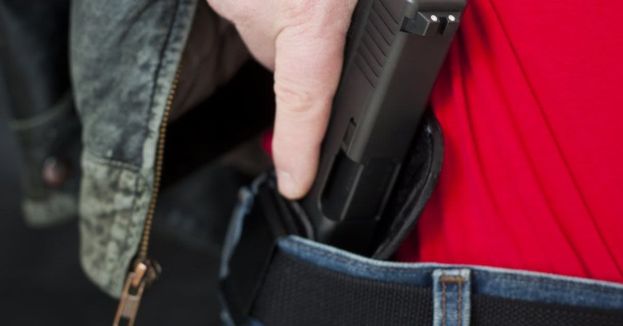 Chicago Police state that a concealed carry holder used his gun to shoot a man who allegedly tried to rob him while riding on the CTA Green Line train.

Fox News reports that the incident occurred near the 4700 block of West Lake Street at approximately 4:43 PM Chicago time. A 33-year-old man pulled out a gun and tried to rob a 25-year-old man on the train. However, at that moment, the victim pulled out a gun of his own, and there was a firefight between the two.

The victim, in this case, was not struck by a bullet, but Fox News Digital reports that the 33-year-old aggressor was struck in the leg once. He was taken to Mt. Sinai Hospital and is reportedly in fair condition.

The offender was taken into custody by the police, and the charges that will be put against him are currently pending. The police have not stated the charges, but the offender will face charges in this case.

The only thing that the Chicago Police Department would say about the situation right now is that their investigators are investigating the situation.

Fox News reports that the victim has a valid Illinois Concealed Carry License and Firearm Owner’s Identification Card to carry the firearm he used in this situation legally. Thus, the victim will not be facing any charges as his actions were in self-defense, and he held all the proper licenses and documents required to carry the weapon he had on him at the time.

This story is another situation in which a good guy with a gun helped prevent a worse situation from unfolding on that train that day. It is something that gun rights advocates applaud. It’s another reason why we don’t want to let Democrats take away our right to have guns.