Another One Bites The Dust: Biden Cabinet Member "Resigning" From Position 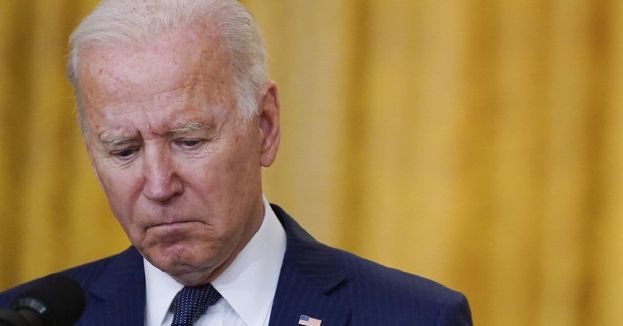 The Post Millennial reports that Ron Klein, longtime Democrat operative, is resigning from his position within the Biden Administration.

He has served as the chief of staff for the White House for a while now, but he is stepping down when the White House is contending with the classified documents scandal that is still unfolding.

The New York Times reported on the situation like this:

“Mr. Klain has been telling colleagues privately since the November midterm elections that after a grueling, nonstop stretch at Mr. Biden’s side going back to the 2020 campaign, he is ready to move on, according to senior administration officials, and a search for a replacement has been underway.”

The documents found at UPenn were discovered in November, but they weren’t revealed to the public until January after the midterm elections were over. Then, an individual discovered more classified documents on January 12 in Biden’s Delaware home next to his signature Corvette. Even more, documents were found at his home on January 14.

The fact that Klein is leaving his role in the White House is something that comes at an unfortunate time for the White House, but it is not immediately clear why Klein has decided to step down at this time. There are many other unanswered questions related to his decision to step down.

The anonymous sources that are speaking with the media on this story state that the official announcement of Klein’s departure will likely come after the State of the Union Address. That address is scheduled for February 7.

The Times reported the following:

“But with Mr. Biden expected to announce by spring that he is running for re-election, advisers predict more moves as some aides shift from the White House to the campaign.”

According to The Post Millennial, “Former Delaware Gov. Jack A. Markell, Labor Secretary Martin J. Walsh, Senior Adviser Anita Dunn, Steven J. Ricchetti, the counselor to the President, the Secretary of Agriculture Tom Vilsack, the administration’s former Coronavirus response coordinator, Jeffrey D. Zients, and Susan Rice are all names that are being whispered about as a possible replacement for Klein as the next Chief of Staff for the White House.”