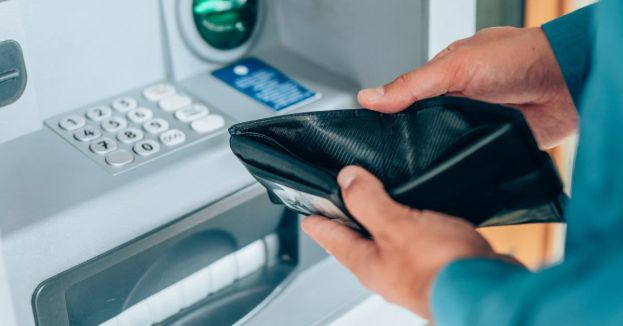 The New York Post reports that it is getting hard to gain access to your hard-earned cash from ATMs in the Big Apple.

This is because Chase Bank has decided to close some of its ATMs early due to rising crime. The company says it has little choice but to change the hours that it offers ATM services for the people who need them in the city.

Typically, the bank offers around-the-clock services at some of its ATMs in New York City, but it has decided that it will likely have to close down some of those ATMs entirely and limit the hours at others.

“Our apologies. We decide (sic) to close several ATM vestibules at 5 PM or 6 PM, aligning the hours of service to that of the normal branch hours, due to rising crime and vagrancy that occurred in these previously 24/7 vestibules,”

The bank has not been forthcoming about how extensive the reduction in service hours will be and how many ATMs will be impacted.

A spokesperson for the bank stated the following to the New York Post:

“For the safety of our customers and employees, we may temporarily close some ATMs overnight,”

That spokesperson followed up by saying:

“We can’t confirm how many ATMs are affected because it changes constantly.”

One upset bank patron said he could not access his money in both Fort Greene and Williamsburg in NYC.

“It’s really annoying that @chase locks their ATMs at 10 PM now. I thought this was New York?”

“I’m kind of shocked that they [Chase] admitted this is what they’re doing,”

Some customers were also surprised by the online admission by Chase that they would be taking such extreme action as this. People were shocked, surprised, and upset by the seeming suddenness of the announcement, and it is something that people did not appreciate being sprung on them like this. However, Chase felt it had no choice but to make this announcement and let the chips fall where they may.

“Are you going to refund the ATM fees to customers when we get ripped off to use a bodega ATM to pay for our late-night slice of pizza because you can’t provide a basic service to account holders?”

It is yet another example of how crime is hurting people throughout the country.