Have You No Shame? Despite Manslaughter Charges, Alec Baldwin Still Making Plans For Rust 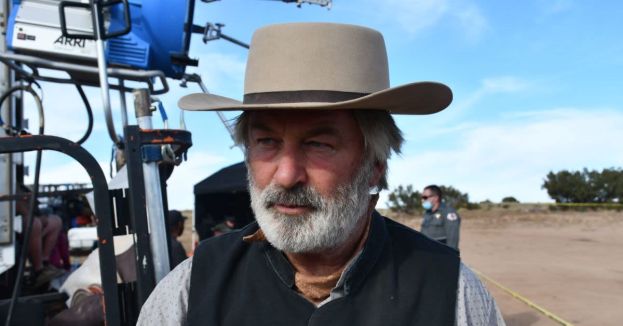 Alec Baldwin is in the spotlight again, even as it was announced that he would face involuntary manslaughter charges for his role in the on-set shooting while filming the movie “Rust.”

Cinematographer Halyna Hutchins was the victim of the accidental shooting after Baldwin fired what he believed to be a prop gun, but what turned out to be a real gun loaded with a real bullet. However, despite all of this, Baldwin posted on Instagram saying that he would continue to film “Rust” and go forward with this movie project regardless.

Melina Spadone, an attorney for this movie’s production, confirmed Friday that Baldwin would continue to film the movie. Spadone spoke on CNN on Friday and stated that “on-set safety supervisors and union crew members will bar any use of working weapons or any ammunition.”

According to New Mexico prosecutors, Baldwin is just one of three crew members facing charges related to this incident. Armourer Hannah Gutierrez Reed has also been charged with involuntary manslaughter. First Assistant Director David Halls has already agreed to plead guilty to the negligent use of a deadly weapon.

The decision to move forward with the movie comes 15 months after the deadly on-set shooting, and it is not without its own set of controversies. Many people do not understand why Baldwin and others are still looking to continue forward with a movie like this after such a tragedy occurred on set.

A bullet hit Souza in the shoulder before striking Hutchins in the chest. That ultimately killed her.

Baldwin continues to say that he is innocent and was told the gun was “cold." People use this industry term to talk about a prop gun with no bullets in its chamber. However, that was simply not the case in this situation. The gun did have a bullet in it, and firing that gun ultimately left people hurt and one person dead. What will happen with the legal case against Baldwin and others on set is yet to be seen, but many are upset that the movie production is going forward regardless.