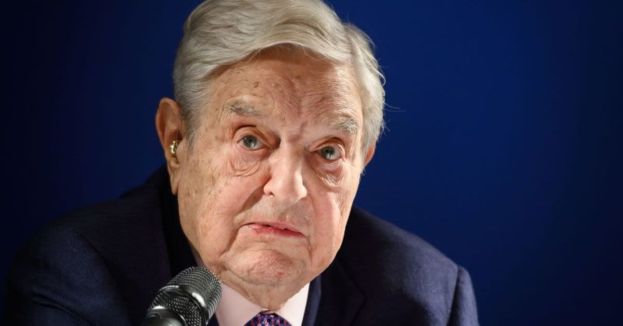 In a recent study conducted by the Media Research Center, 54 mainstream media figures were tied to George Soros funding. The results of the study suggest that the liberal billionaire’s influence on mainstream media is far-reaching and potentially concerning.

The Media Research Center’s study revealed that Soros’ influence on the media is not limited to major media outlets but rather extends to individual journalists and commentators as well. The report shows that Soros has funded organizations that have, in turn, provided financial support to journalists and progressive media events.

The list of media figures linked to Soros includes household names such as CNN’s Anderson Cooper and Fox News’ Chris Wallace. The list also includes lesser-known journalists, such as National Public Radio’s Mara Liasson, who have been tied to the Open Society Foundations, a non-profit organization founded by Soros.

“George Soros has his tentacles in many, many organizations,” said Brent Bozell, founder, and President of the Media Research Center. “It should come as no surprise that he has a stranglehold on the mainstream media. He is a major funder of progressive causes and has a vested interest in promoting a certain narrative.”

The report also found that Soros has funded organizations that have, in turn, given money to politicians and political causes. This includes prominent Democrats such as Senators Chuck Schumer and Kirsten Gillibrand, as well as the Democratic National Committee.

Further, the report claims that Soros-funded organizations have been instrumental in organizing protests and organizing campaigns in support of progressive causes. This includes the recent Black Lives Matter protests, which have been largely credited to the organization Dream Defenders. The Dream Defenders are funded in part by the Open Society Foundations, according to the report.

The report also claims that Soros’ influence in the media extends to the Federal Communications Commission. According to the report, Soros-funded organizations were instrumental in organizing a 2,500-person event that included members of Congress and FCC commissioners, as well as journalists, to promote progressive causes.

“This is a troubling development,” Bozell added. “It’s clear that the American public is being manipulated by a select few with a specific political agenda. We must be vigilant in ensuring that news outlets remain independent and objective.”

While it is true that many media outlets have political biases, the level of influence that Soros has on the mainstream media is particularly concerning. It is important that journalists, editors, and other media figures remain independent and objective in their reporting so that the public can trust in the accuracy and integrity of their news sources. It is also important that the public remains aware of the influence of wealthy donors on the media and on the political process. Only then can the public be sure that the news being reported is reliable and unbiased.