Is This The Future? Siblings Take Road Trip In EV And Encounter MAJOR Issue... 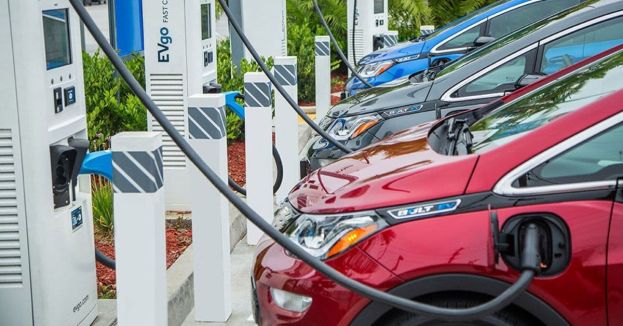 Tesla has helped to make Elon Musk a wealthy man.

The environmentally conscious people who are always after the next big thing have assured one and all that electric vehicles are the future. Instead of filling up a car with expensive gas, the idea is to plug the EV at a charging station for less money.

However, a story about the experience of a brother and sister in the Western Journal suggests that some kinks need to be ironed out of electric vehicles before they become something that most people can afford to drive.

Xaviar Stevenson and his sister Alice Stevenson decided to rent a Tesla recently and take it on a road trip from Orlando, Florida, to Wichita, Kansas. They experienced an unexpected nightmare that wound up costing them more in recharges than they would have paid out putting gas in the tank of a conventional car.

As they set forth, an unusually severe cold snap descended on much of the country, including along their route. The Stevensons encountered one of the flaws of the lithium-ion batteries that most electric vehicles, such as a Tesla, come equipped with. The colder the outside temperature got, the less charge the Tesla’s batteries retained.

As a result of the cold weather, the two travelers wound up stopping every hour and a half from recharging their Tesla, at the cost of between $25 to $30 a charge. Almost as important, instead of the ten minutes it generally takes to refill a gas tank of a conventional vehicle, the Stevensons had to wait upward to two hours to recharge their electric vehicle. They wound up waiting around in the cold to recharge their Tesla for more time than they spent on the road.

The Stevensons are just some people who have needed help with their Teslas. Domenick Nati, a radio talk show host, was stranded in Virginia on Christmas Eve when his Tesla would not charge. He tweeted. “Tesla S will not charge in the cold. Stranded on Christmas Eve!”

Business Insider relates stories of EVs stopping in the middle of the road for no apparent reason, and travel ranges dropping dramatically in cold weather, an excessive amount of time it takes to recharge the environmentally correct cars.

The bottom line is that electric vehicles, especially Teslas, are expensive to buy and, in many cases, costly and aggravating to operate. EV technology is still being prepared for prime time.