Missouri Could Become The First State To Execute A Transgender Individual 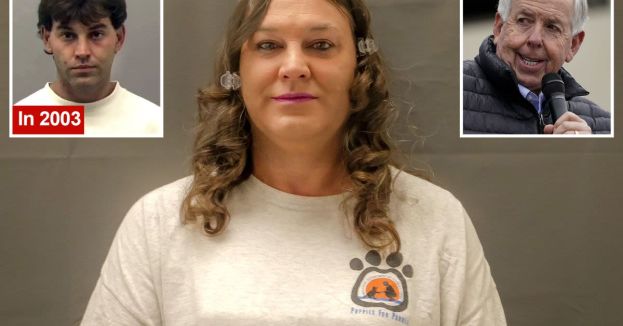 Fox News reports that Missouri might be set to become the first state to execute a transgender individual.

Amber McLaughlin is set to be executed via lethal injection on Tuesday after being found guilty of killing her former girlfriend in 2003.

McLaughlin was put on trial under the name of Scott McLaughlin and did not transition to becoming Amber McLaughlin until after she was in prison.

The Associated Press reported that McLaughlin was in a relationship with 45-year-old Beverly Guenther when she was going by the name Scott. Their reporting indicates that McLaughlin would sometimes show up at her workplace of Guenther back in that day and time.

Their reporting also indicates that McLaughlin would sometimes hide inside the building where Guenther worked, and the stalking became so bad that Guenther obtained a restraining order against McLaughlin.

There were times when Guenther was so worried for her safety that she had police officers escort her to her vehicle after work.

The AP reports that on November 20, 2003, those neighbors called the police after Guenther failed to show up home after work. The following day, McLaughlin took officers to where she had dumped Guenther’s body in the Mississippi River. Officers also went to the office where Guenther worked and found a broken knife handle and a trail of blood near her car.

McLaughlin’s attorney, Larry Komp, says that clemency is being sought for his client after it was revealed that all of the appeals that were available to McLaughlin had been exhausted.

The request for clemency is related to the traumatic childhood and mental health issues McLaughlin underwent as a child. The claim by the lawyers is that this should be worthy of consideration because these facts were not fully presented to a jury back when the original trial took place. Therefore, the lawyer believes that his client should not be put to death if the jury did not have all of the facts about mitigating circumstances.

The Death Penalty Information Center, which tracks death penalty cases and related statistics, stated that it has no record of any transgender individual being executed at any time.