Immigration Activists Stage This CRINGEWORTHY Stunt In Protest Of Title 42 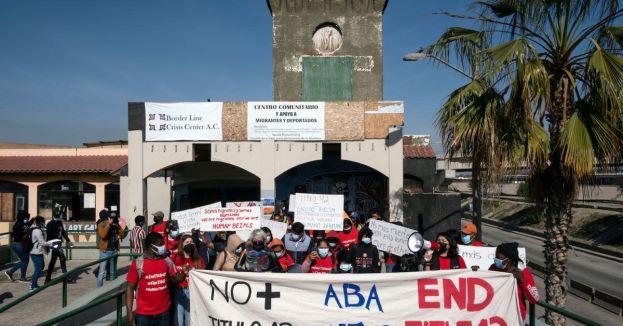 Activists joined a large crowd of illegal immigrants to protest in Texas.

They marched to the courthouse in El Paso, Texas. Some said the protest was against inhumane living conditions. Most said it was due to recent actions regarding Title 42. However, the way they protested Title 42 is the definition of cringe. They pretended to be crucified.

Title 42 gives the government the freedom to limit migration, and immigration, to stop the spread of disease. It was initially established after WWII. However, recently, Trump enacted it during the COVID pandemic. Since then, Title 42 has continued to limit immigration. The Supreme Court has extended Title 42 again, meaning that it will continue to have the same impact on immigration.

However, many of the demonstrators say that there is no longer a need for Title 42. Per CBS4local, “Please don’t use title 42 as an excuse to repel them. That’s not acceptable. All that’s saying is we don’t want you here because you are black or you are brown colored. That is exactly how Title 42 translates for me,’ said Roberto Marquez, a demonstrator.”

Other people are angry because of how they are treated, thanks to Title 42. Per the same news source,”’ sadly, in this country, the United States of America, the dogs, and cats get better treatment than they treat black people, brown people, and red people, and we are beyond angry,’ said Christopher Marquez, another demonstrator.”

Other demonstrators want to make it easier for illegal immigrants to get work permits or to get to where they want to go. While many oppose Title 42, it should be noted that it doesn’t stop immigration completely. Per CBS4local, “According to CBP, there have been about 106,000 migrant encounters for October and November betwee 30,000 of those were expelled under Title 42.” That’s less than one-third of the migrant encounters in one month.

Perhaps, if illegal immigrants are so unhappy with how things are here, they should think about that before walking across the border.