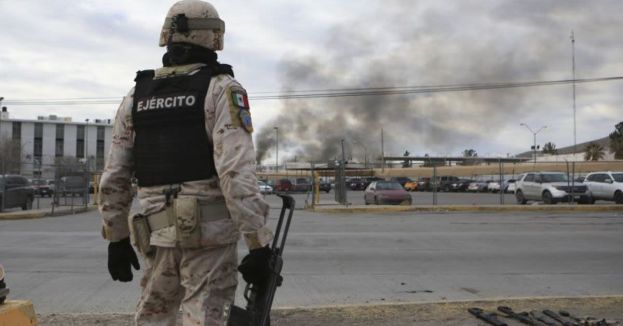 According to the Daily Caller, a Mexican prison near the U.S. border was attacked by suspected cartels on Sunday, resulting in 14 people being killed and dozens of inmates escaping during the attack.

According to the BBC, the prison facility in Ciudad Juarez was openly attacked by suspected cartel members early Sunday morning around 7:00 AM. Of the 14 killed, 10 were guards, and 4 were prisoners. Inside the prison, while the attack raged on, a separate fight by criminal organizations took place, leading to 13 injuries.

According to the BBC, support for local authorities arrived via National Guard and Army personnel. Later on Sunday, the police regained control of the prison, and the state prosecutor’s investigation into the events is underway, according to CBS News.

Fox News reported the shooters were traveling in various armored vehicles as they made their way to the state prison across the border from El Paso.

In 2021, Reuters reported that the same prison faced a riot requiring hundreds of troops to be deployed. In that incident, 11 people were killed during the riot, with 16 more injured. The police have not released the cause of the riot.

Mexican prisons are notorious for frequent violent situations with regular clashes, especially among inmates belonging to rival gangs. According to the Associated Press, the state prosecutor’s office noted a short time before the prison riot on Sunday, municipal police officers were attacked in the course of capturing four men after chasing them. Two alleged gunmen in an SUV were killed by police later in the day.